Hundreds of thousands of people protest in the Unite for Europe March on Parliament against Brexit demonstration on 25th March 2017 in London, United Kingdom. The march in the capital brings together protesters from all over the country, angry at the fact that Article 50 will be invoked and to listen to the 48 percent of British voters who voiced against Brexit. Since the vote was announced, there have been demonstrations, protests and endless political comment in all forms of media. Half of the country very displeased with the result and the prospect of being taken out of the European Union against their will, and with uncertainty as to what will happen next in the politics surrounding the exit from Europe. A very small group of pro Brexit protester stand behing a red and white English flag with the words March for England : extremists off our streets 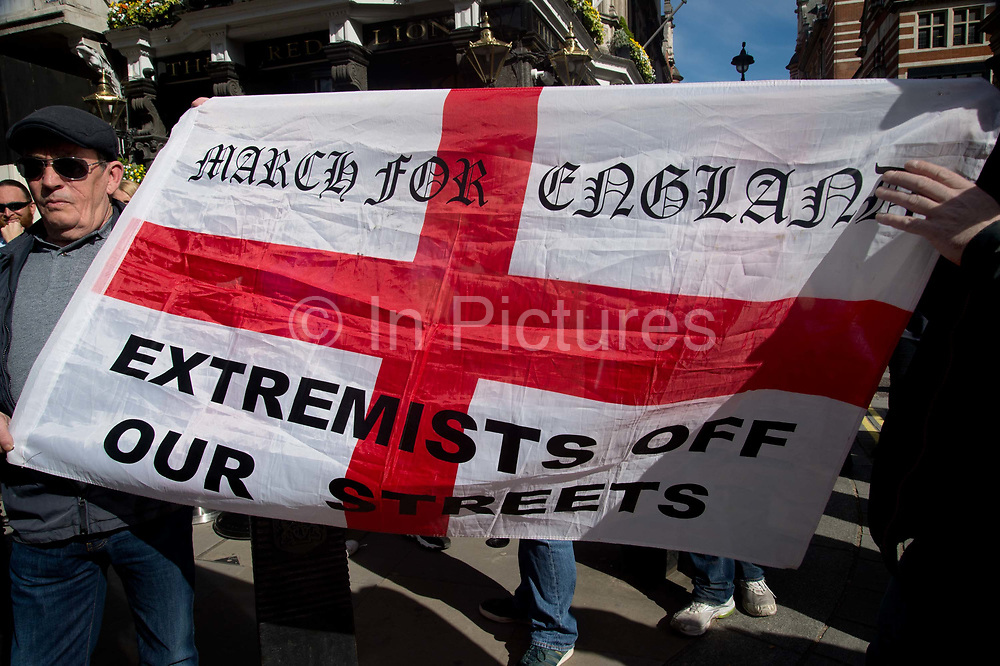