Climate justice is migrant justice protesters dressed as a 'Hostile Environment Border Force' chained together at an Extinction Rebellion demonstration gathering outside the Home Office in solidarity with migrants and those who suffer because of migration systems wordwide on 4th September 2020 in London, United Kingdom. With government resitting after summer recess, the climate action group has organised two weeks of events, protest and disruption across the capital. Extinction Rebellion is a climate change group started in 2018 and has gained a huge following of people committed to peaceful protests. These protests are highlighting that the government is not doing enough to avoid catastrophic climate change and to demand the government take radical action to save the planet. 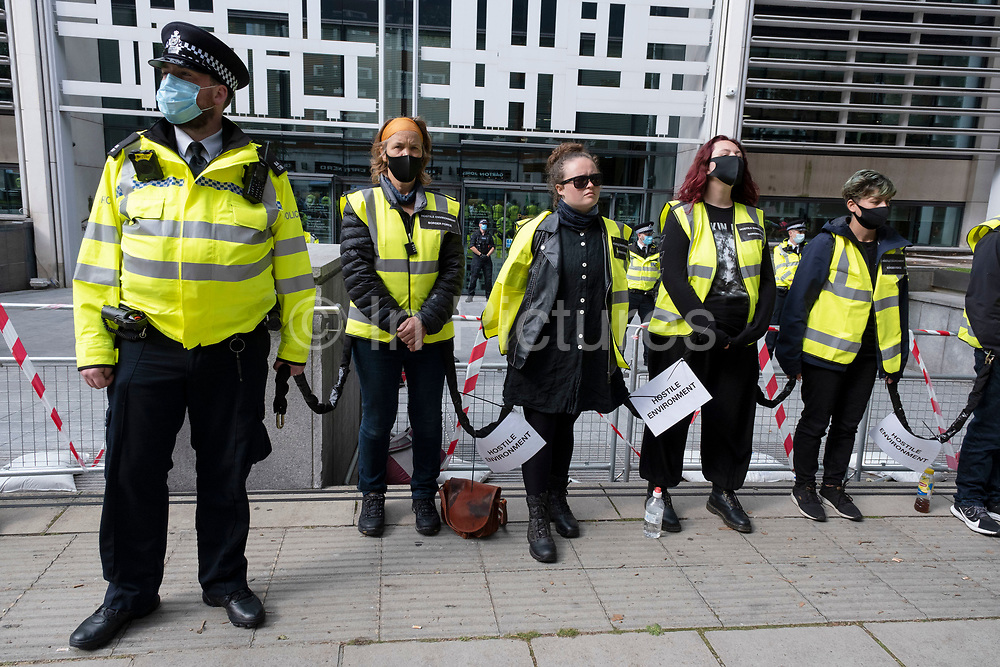