A cleaner carrying a mop beside ancient Greek statues at The Stoa of Attalos or Attalus located in the east side of archaeological site of the Ancient Agora in Athens just oposite the Adrianou street in Monastiraki. The Stoa of Attalos was built around 150 BC, by Attalos II, King of Pergamos as a donation to Athens. The construction of the building began in 159 BC and ended in 138 BC. The building was the largest in length in Greece during the antiquity. It was rebuilt in the same style and shape from 1953 to 1956 with beautifully crafted marble columns. It is recognised as one of the most impressive stoa in the Athenian Agora. Typical of the Hellenistic age, the stoa was more elaborate and larger than the earlier buildings of ancient Athens. The stoa's dimensions are 115 by 20 metres wide (377 by 65 feet wide) and it is made of Pentelic marble and limestone. The building skillfully makes use of different architectural orders. The Doric order was used for the exterior colonnade on the ground floor with Ionic for the interior colonnade. Athens is the capital and largest city of Greece. It dominates the Attica periphery and is one of the world's oldest cities, as its recorded history spans around 3,400 years. Classical Athens was a powerful city-state. A centre for the arts, learning and philosophy. 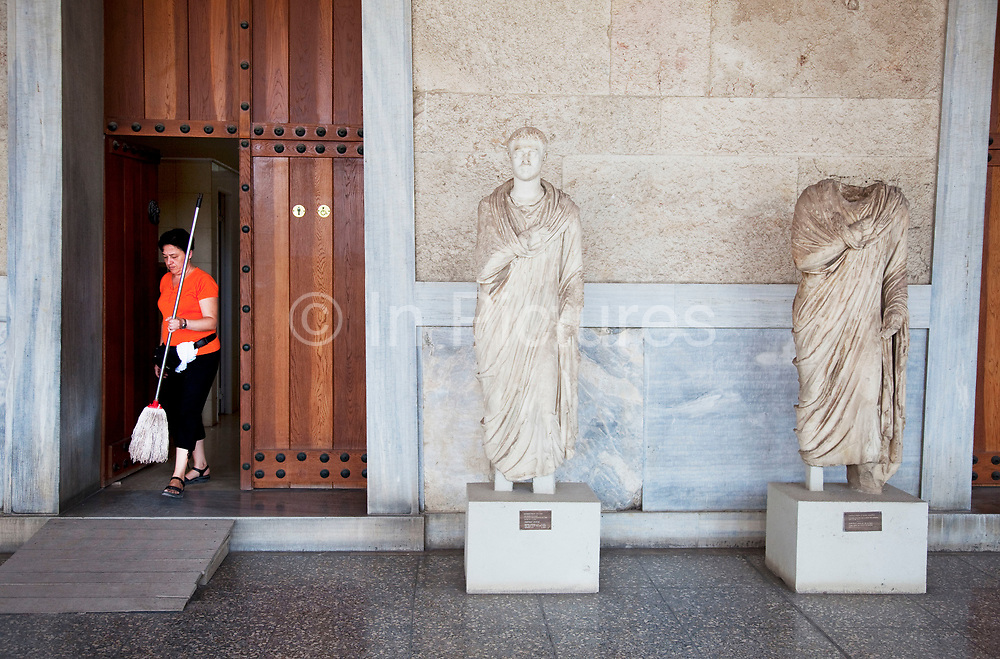