Dawn sun shines through the balusters at Angkor Wat. This jewel in the crown of Angkor's ancient temples is a vision of beauty, might and Khmer architectural excellence. The five towers dominate the view, which you are led to trough outer walls, along causeways over the moat and past the two giant pools which act as a mirror of the vision. Consecrated at around 1150 to the Hindu god, Vishnu it is suggested that construction took 30 years. 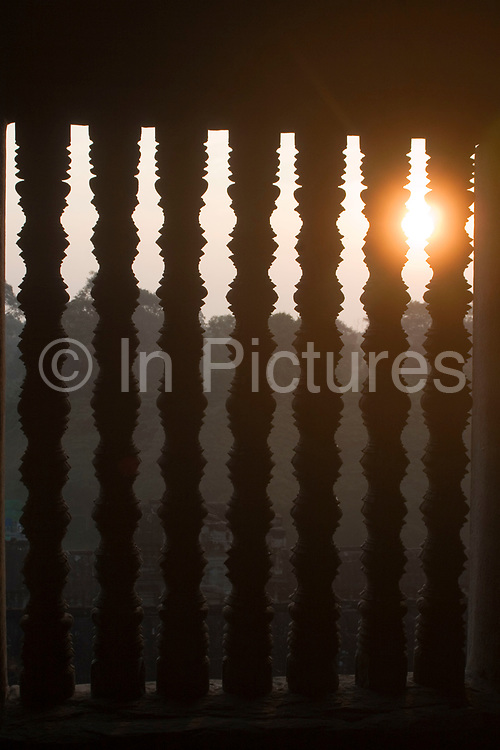