Extinction Rebellion activists target the International Maritime Organisation Climate Conference and delegates, May 13th 2019, in London, United Kingdom. The activists handed out pink XR biscuits, a string ensemble played and a couple were busy re-arranging the deck chairs, all a play on the sinking Titanic. Everyone were playing the part, pretending everything will be fine inspite of the threat of climate break down. The actvists want the the shipping indurstry to take on board that climate change is real and that the industry needs to do more to cut emmissions. The environmental protest group Extinction Rebellion has called for civil disobedience and peaceful protest to force the British government to take drastic action on climate change. The group wants the governenmet to tell the truth and admit that the impact of climate change is much more severe than they say and that action to mitigate catastrophic climate change is urgent. 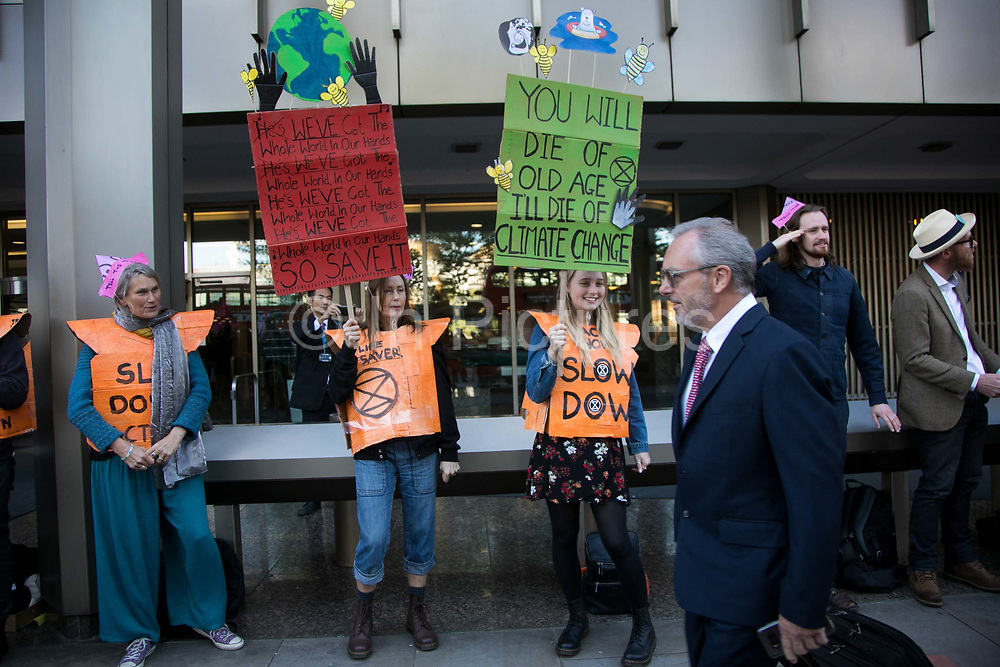