We see one of a pair of lion guards outside the Bank of China's building in Macau (Macao), in China's Special Economic region (SER). Stone lions, also called Shishi in Chinese, are often found in pairs in front of the gates of Chinese traditional buildings. Chinese guardian lions, known also as stone lions in Chinese art, are a common representation of the lion in pre-modern China. They are believed to have powerful mythic protective powers that has traditionally stood in front of Chinese Imperial palaces, Imperial tombs, government offices, temples, and the homes of government officials and the wealthy from the Han Dynasty (206 BC-AD 220). Pairs of guardian lions are still common decorative and symbolic elements at the entrances to restaurants, hotels, supermarkets and other structures. 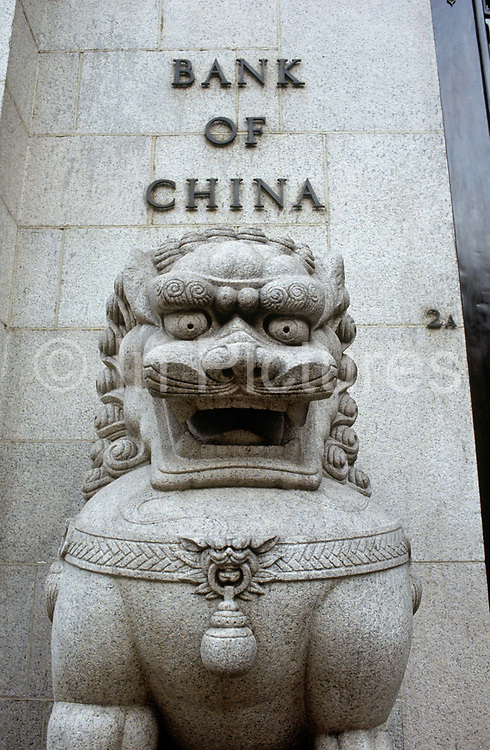