Ornate architectural artwork on courtyard walls of Nasrid Palace. Arabesque arches and fine carvings adorn this finely-detailed Moorish architecture. This is the Patio de los Arrayanes (Court of the Myrtles), also called the Patio de la Alberca (Court of the Blessing or Court of the Pond), from the Arabic birka, "pool". There are galleries on the north and south sides; the southern gallery is 7 m (23 ft) high and supported by a marble colonnade. Underneath it, to the right, was the principal entrance, and over it are three windows with arches and miniature pillars. From this court, the walls of the Torre de Comares are seen rising over the roof to the north and reflected in the pond. The Alhambra's Moorish palaces were built for the last Muslim Emirs in Spain and its court, of the Nasrid dynasty. 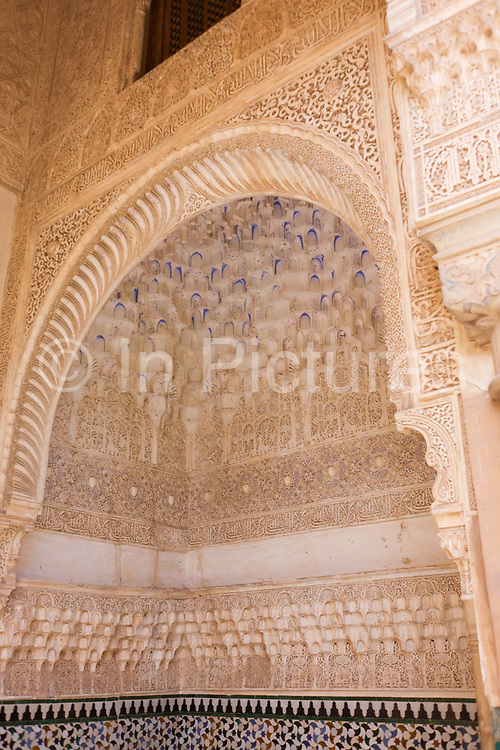