Marching soldiers Tirana. The ranks and the structure of the Albanian Armed Forces were organised based on the Soviet concepts, thus increasing the political control of the State-Party over the Armed Forces.

Like all other branches of the state, the military was subjugated to Communist Party control. All high-ranking military officers and most of the lower and middle ranks were members of the Communist Party - and had loyalties to it. The State and Party went even further in 1966, when military ranks were abolished following the example of the Chinese People’s Liberation Army and the military commander was insignificant with respect to the commanding role of the political commissars.

The Sigurimi, was responsible for the execution, the imprisonment and deportation of more than 600 Officers from the Armed Forces, thereby completely neutralizing the Armed Forces ability to start a coup d’état. As the communist regime collapsed in Albania during 1990, there was a real fear that the armed forces might intervene to halt the collapse of communism by force. In the event, the armed forces stood by as the regime of which they had been a part disintegrated. 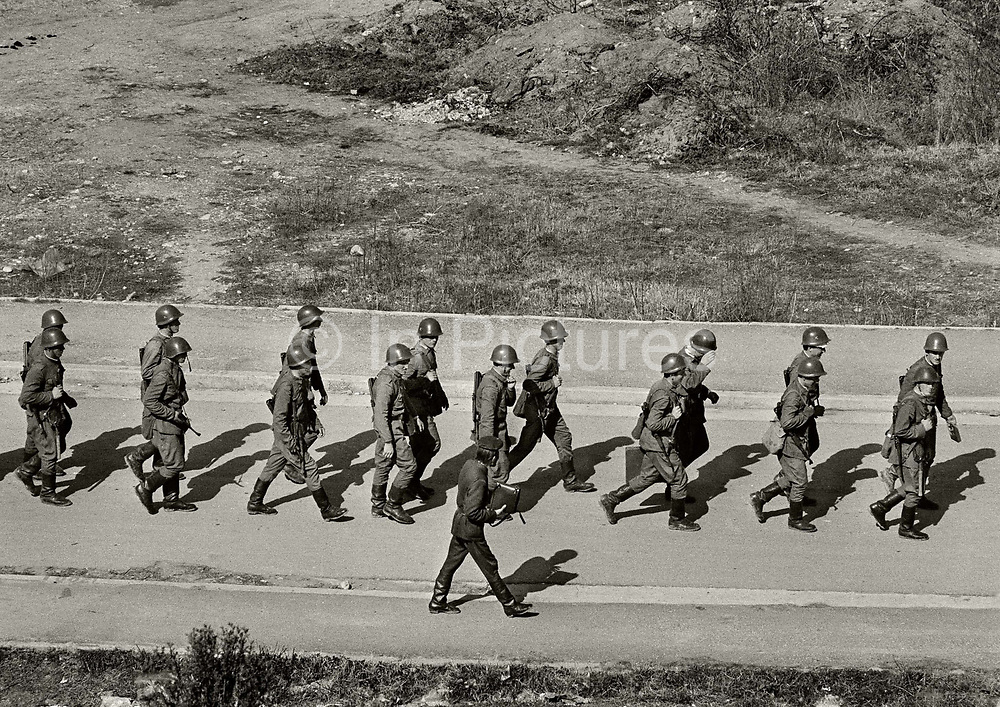