BBC warm-up man Miles Crawford holds up two boards prompting the audience watching the National Lottery Show to Clap or Laugh in BBC Television Centre in West London, England. Lit by studio lighting with a universe of stars in the background, Crawford is a respected and versatile stand-up comic and TV personality in his own right working for the BBC, Sky, Channel 4 and ITV. Ironically, warm-ups perform a preliminary act before a TV show is recorded to literally warm an audience into non-spontaneous laughter to help a comedy's atmosphere - albeit with the help of prompt signs like these. The first National Lottery Live show was at 19:00 on Saturday 19 November 1994. 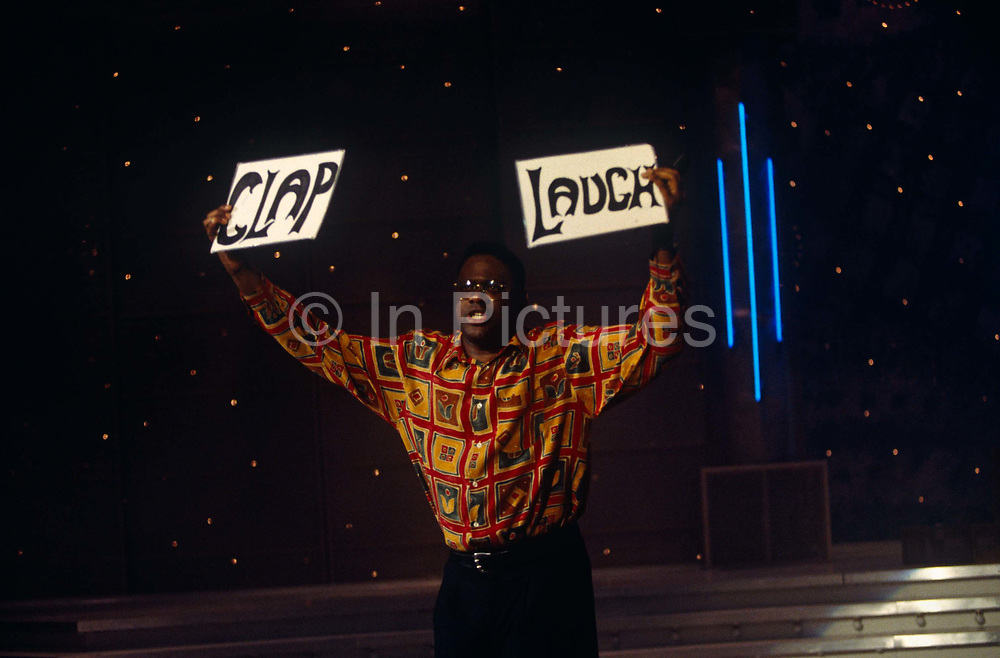