Out and Proud Diamond Group at the Peoples Assembly demonstration: No More Austerity - No To Racism - Tories Must Go, on Saturday July 16th in London, United Kingdom. Tens of thousands of people gathered to protest in a march through the capital protesting against the Conservative Party cuts. Almost 150 Councillors from across the country have signed a letter criticising the Government for funding cuts and and will be joining those marching in London. The letter followed the recent budget in which the Government laid out plans to cut support for disabled people while offering tax breaks for big business and the wealthy. OPDG is an African LGBTI rights and Human Rights activists based in the UK. (photo by Mike Kemp/In Pictures via Getty Images) 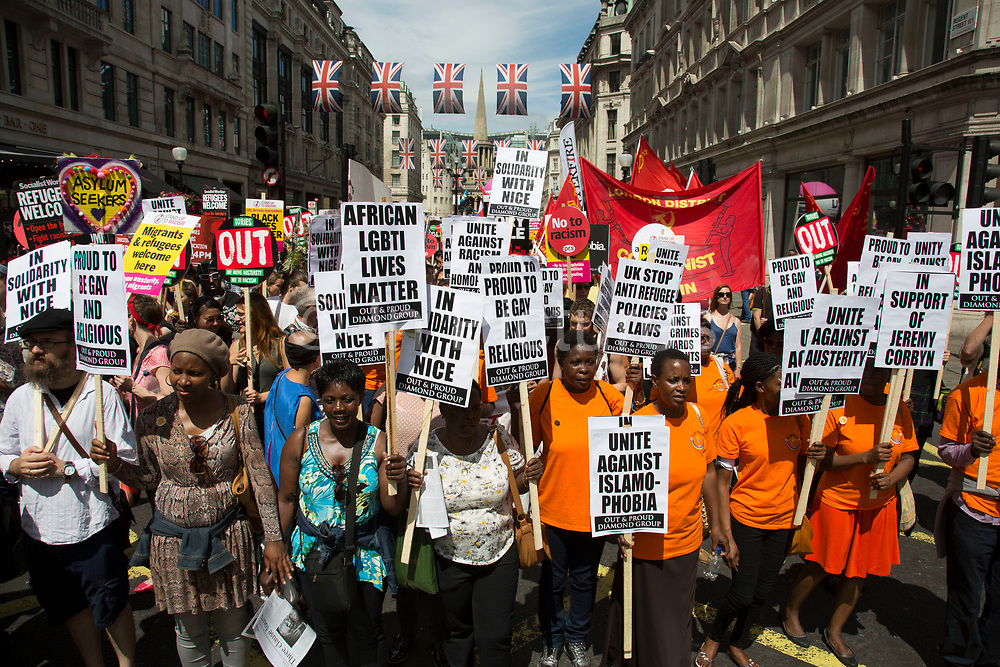