China- Shanghai - A View of Bund and Pudong Through Fog

The Lujiazui Financial District in Pudong and the Bund waterfront in Puxi seen through heavy fog during a winter day in Shanghai, China on 04 February, 2009. These landmarks situated on the oppostie sides of the Huangpu River represents different era in Shanghai's, and China's history. The historical architecture of the older banks, custom houses, and hotels near the Bund is a throw back to the early 20th century, when the city was made up of foreign concessions each with its own laws and police force. While the gleaming new towers of Pudong, to many Chinese, is a symbol of China's rise as a world power. 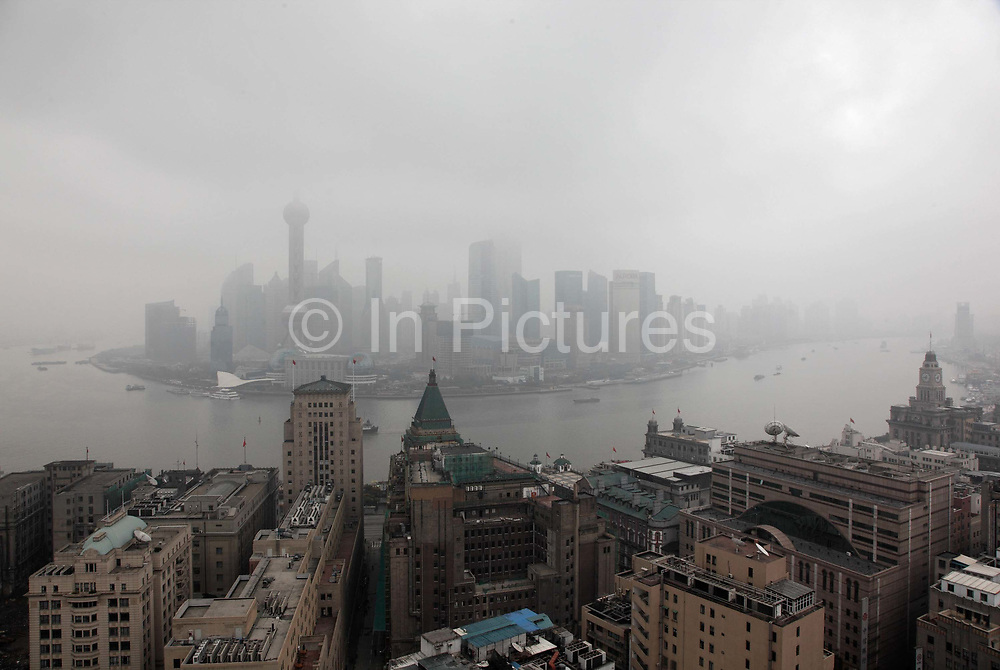