Linley Beeches in the area west of the Long Mynd on 24th July 2020 near Wentnor, United Kingdom. Linley Beeches is a line of Beech tree on top of Linley Hill. The avenue was planted in about 1740 by Napoleonic soldiers for Robert More, owner of Linley Hall and a well-known botanist of the time. He is credited with introducing the Larch tree to England. The Long Mynd is a heath and moorland plateau that forms part of the Shropshire Hills in Shropshire, England. The high ground, which is designated as an Area of Outstanding Natural Beauty, lies between the Stiperstones range to the west and the Stretton Hills and Wenlock Edge to the east. Much of it is owned and managed by the National Trust. 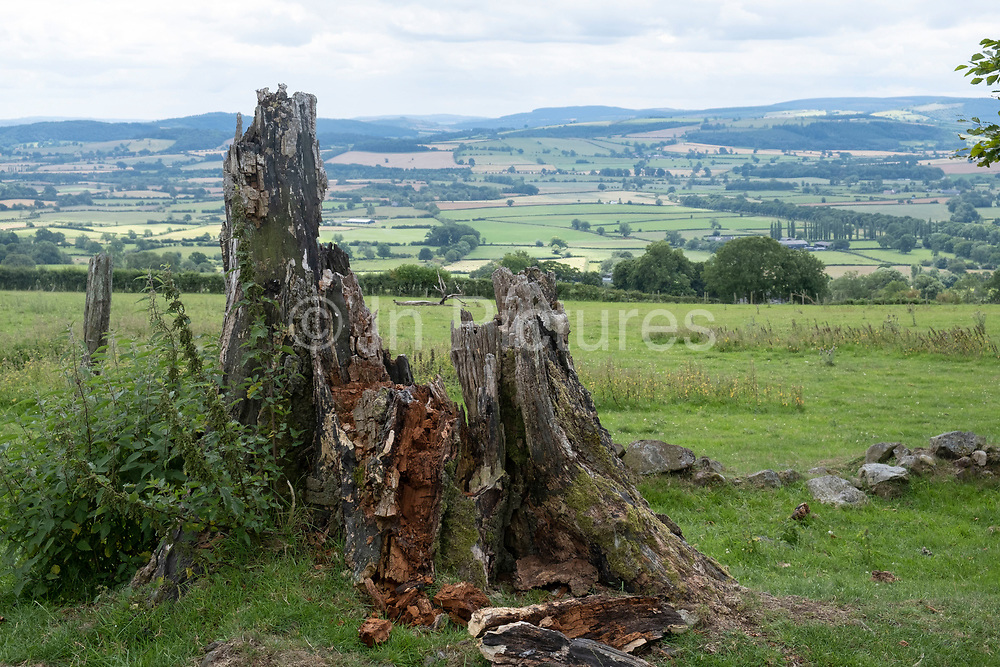