The protest group Extinction Rebellion stage a protest of fake blood in front of Downing Street 10, 9th March 2019, Central London, United Kingdom. Fake blood made of vegan sugary ingredients is spilt across the road. Whitehall was closed for traffic while the group staged their The Blood of Our Children action where they poured hundreds of litres of fake blood across the road. After the blood was spilt a number of speakers, including children spoke of their fears of the future where man made climate change could have a devastating effect on the planet and human life. The group Extinction Rebellion is a movement which wants to force the Government to introduce radical climate change policies using civil disobedience and mass arrests. 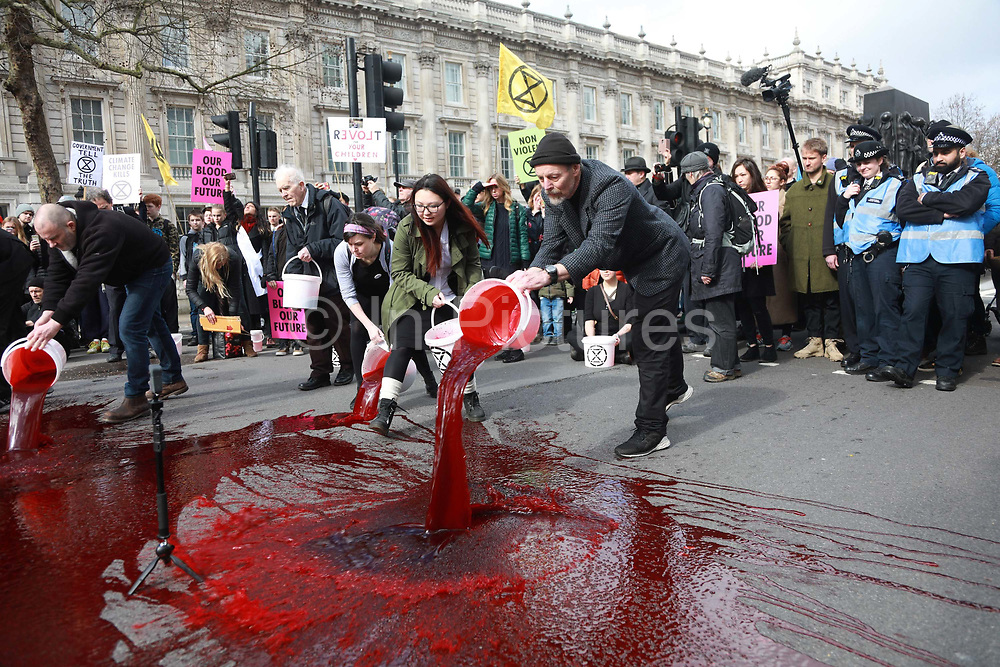