Elderly man wearing a top which reads: Not Dead Yet at Union rally at Westminster Methodist Hall where crowds gathered to listen to speeches by union leaders and members alike. Part of the demonstration in Central London on a day of General Strike action by public sector workers and unions. Civil servants, teachers, health workers all came out on a day of peaceful march and protest against government cuts which look set to see their pensions change. 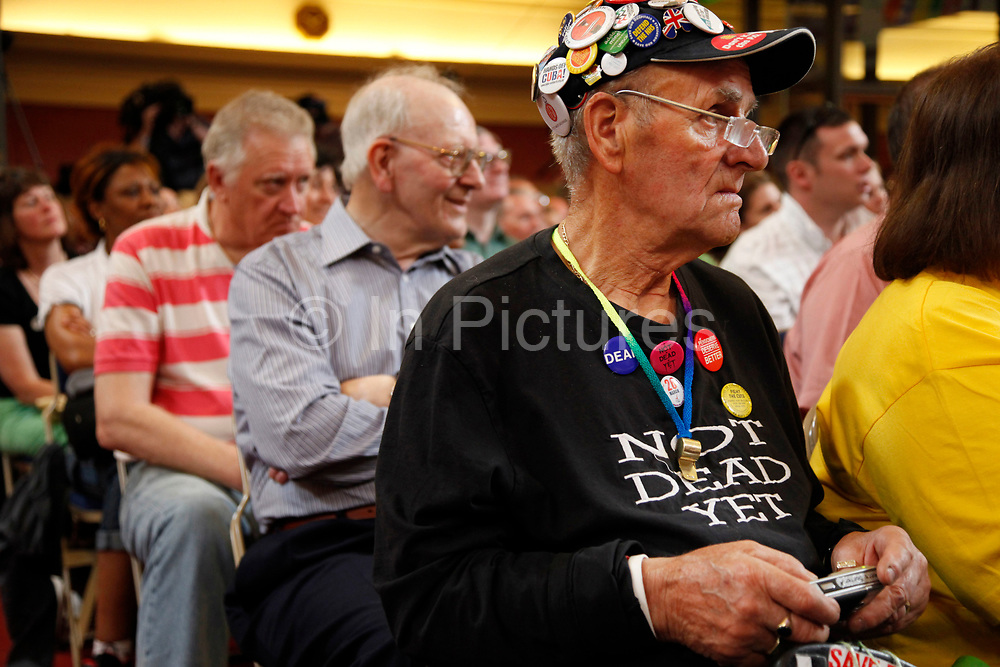