Chinese artist Ai Weiwei and Anish Kapoor walk with a following entourage of supporters and media through central London - from the Royal Academy in Piccadilly to the former Olympic Park Stratford, eight-miles to show solidarity with refugees around the world. “It is an act of solidarity and minimal action – we like that spirit,” said Kapoor. Ai, who has a show at the Royal Academy opening to the public on Saturday, said “We are all refugees somehow, somewhere and at some moment.” 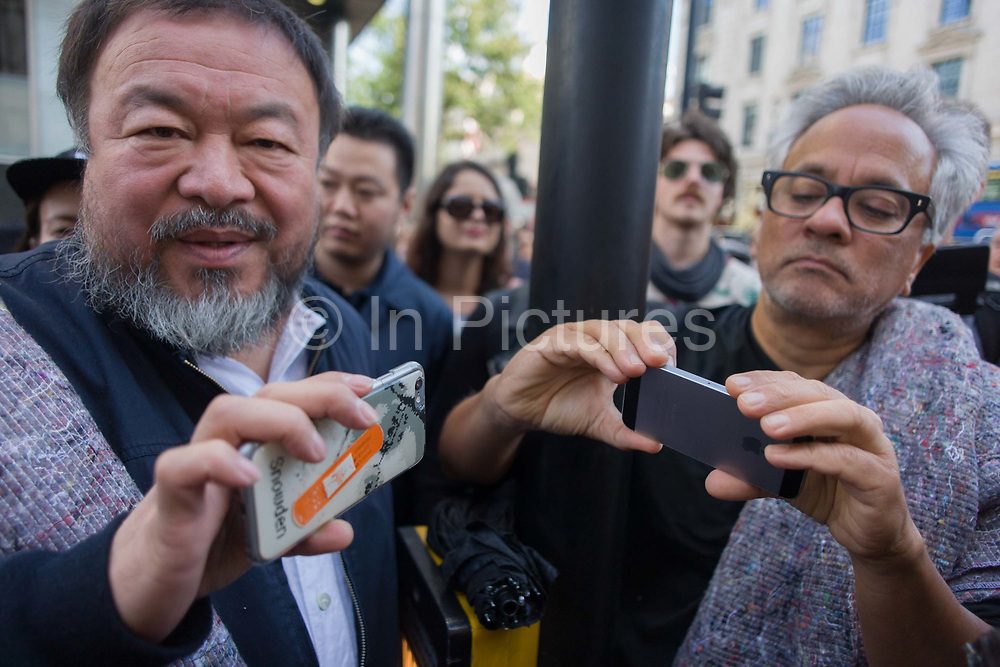