Military parade through the streets of Blantyre, Malawi in the mid-1960s. Seen from the roof of an adjacent building (possibly the roof of the Standard Chartered Bank) we see the marching personnel of military soldiers making their way along mainstreet while under the dictatorship of Dr Hastings Banda, this central African state's ruler from 1961-1994. Parading alongside their flag, the troops file past families and other spectators who have stopped to watch this spectacle. 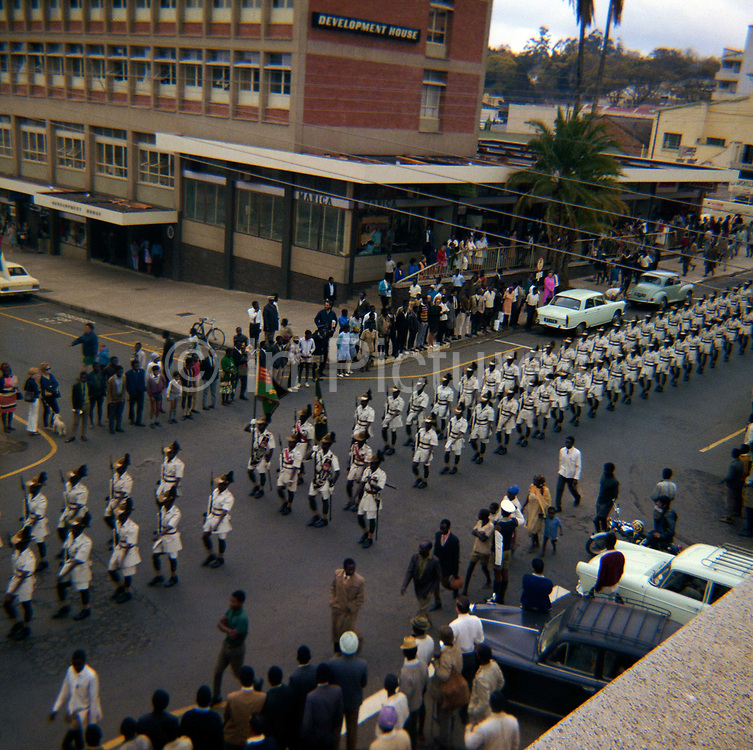