A statue of Stalin overlooking the centre of town in Korce. Albania practiced a militant form of Communism, withstanding the reforms of other Eastern Europe’s “revisionist wave” since the 1956 thaw. Alienated from both East and West, Albania adopted a “go-it-alone” policy and became notorious as an isolated bastion of Stalinism with statues revering “the last communist leader” in most city squares.

In December 1990 the party ordered all statues and symbols bearing his name removed. The decision to excise Stalin from public life came on what would have been the Soviet dictator’s 111th birthday. A crane moved into Tirana’s Stalin Boulevard at midnight on Thursday 21st December 1991 and loaded the dark bronze statue onto a truck, its head hanging over the back. 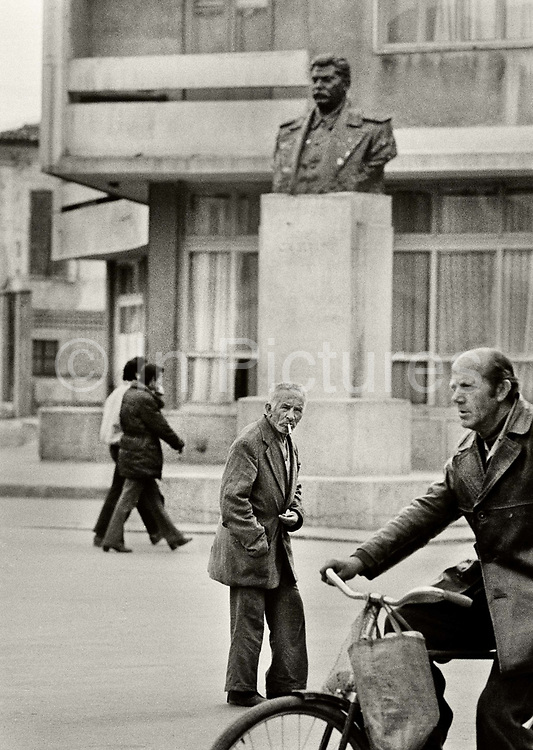