Pro-Democracy protesters with a Free Southern Cameroon group are tackled by Metropolitan police officers after dashing out from behind barriers outside Westminster Abbey during the Commonwealth Day service lead by the Queen and including members of the British royal family and Commonwealth ambassadors and dignitaries. They are holding placards saying Free President Ayuktabe Julius' (an Ambazonian separatist leader) and 'Justice for Babanki' (referring to allegations of soldier killings on villagers), on 9th March 2020, in London, England. At this, their last royal duty before stepping down for private careers, Prince Harry and his wife Meghan, the Duke and Duchess of Sussex will remain president and vice-president of the Queen's Commonwealth Trust, respectively. 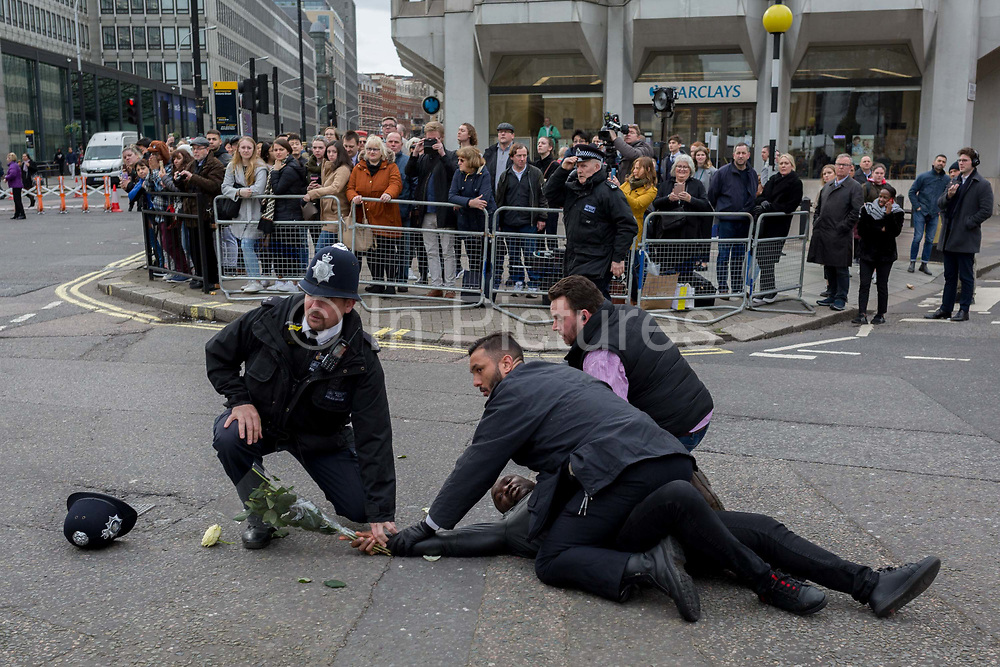