Detail of one of the beautifully-designed and ornate backroom staircase in the Palais Garnier, Paris. Original railings and stairs take dancers from their dressing rooms to other parts of the building, such as rehearsal rooms. The Palais Garnier is a 1,979-seat opera house, which was built from 1861 to 1875 for the Paris Opera. It was originally called the Salle des Capucines because of its location on the Boulevard des Capucines in the 9th arrondissement of Paris, but soon became known as the Palais Garnier in recognition of its opulence and its architect, Charles Garnier.

Filename
dorothee_gilbert182-05-06-2014_1.jpg
Copyright
Richard Baker
Image Size
3000x2000 / 462.4KB
bakerpictures.com
opera garnier indoors inside interior staircase stairs stairwell steps past bygone era century eu europe & an a at of for with and in or
Contained in galleries
Richard Baker - All pics 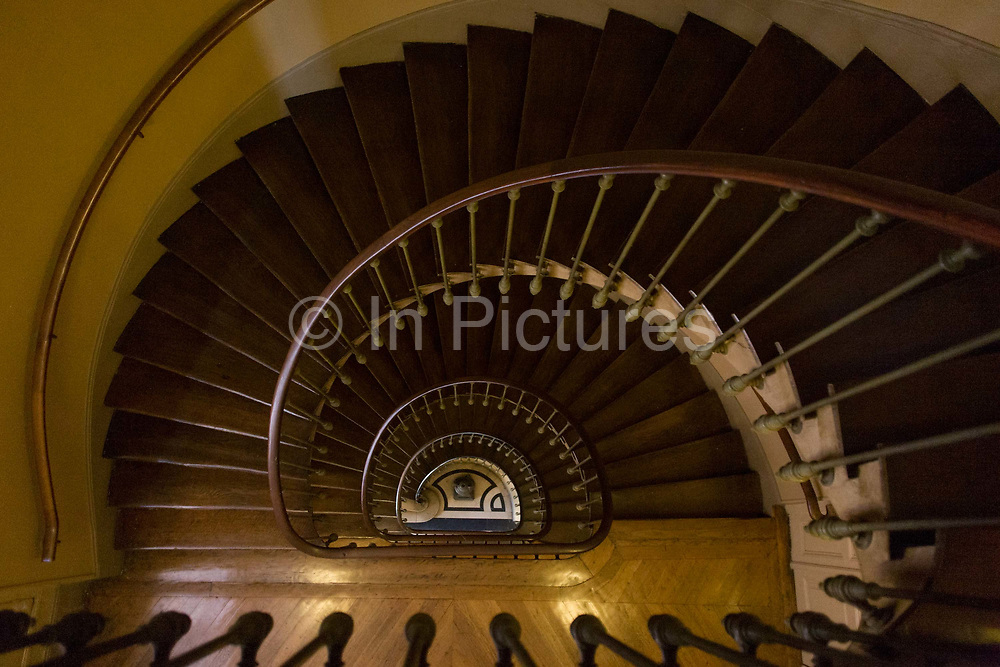