Extinction Rebellion activist with blue wings and a face mask which reads 'rising oceans' at the Marine Rebellion march on 6th September 2020 in London, United Kingdom. Ocean Rebellion, Sea Life Extinction, Animal Rebellion and Extinction Rebellion joined together to celebrate the biodiversity found in our seas, and to grieve at the destruction of the Earth’s oceans and marine life due to climate breakdown and human interference, and the loss of lives, homes and livelihoods from rising sea levels. Extinction Rebellion is a climate change group started in 2018 and has gained a huge following of people committed to peaceful protests. These protests are highlighting that the government is not doing enough to avoid catastrophic climate change and to demand the government take radical action to save the planet. 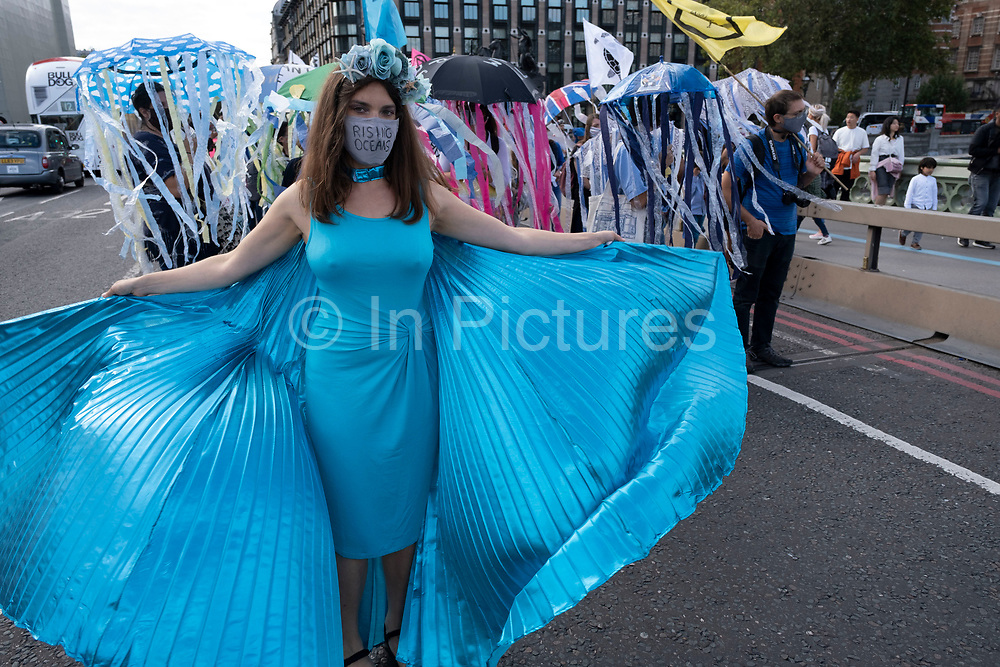