Night time scene in the City of London. Tower 42, aka The Nat West Tower, one of the tallest buildings in the City of London. Tower 42 is the second tallest skyscraper in the City of London and the sixth tallest in London as a whole. The original name was the National Westminster Tower, having been built to house the National Westminster Bank's International Division. Seen from above, the tower closely resembles the NatWest logo (three chevrons in a hexagonal arrangement). The tower, designed by Richard Seifert and engineered by Pell Frischmann, is located at 25 Old Broad Street. It is 183 metres (600 ft) high. 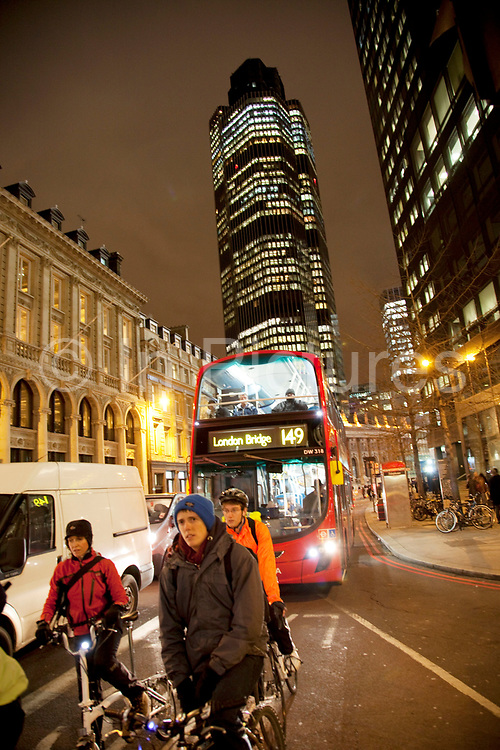