Protester Father Neil Horan demonstrating on Parliament Square, London. Sometimes referred to as The Grand Prix Priest or The Dancing Priest (born 22 April 1947), is a laicized Irish Roman Catholic priest who is noted for his interference with the running of the 2003 British Grand Prix and the 2004 Summer Olympics men's marathon in order to promote his religious belief that the end of the world is near. He went on to appear on Britain's Got Talent in May 2009. 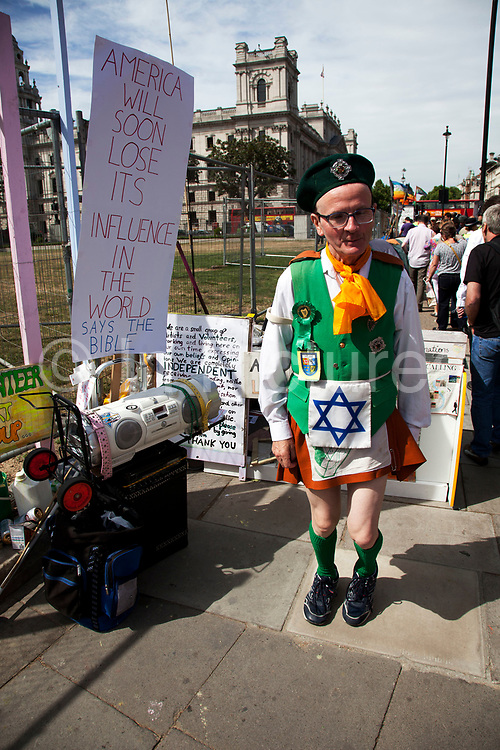