Tourists in the area known as The Ancient Agora of Athens. In ancient times a market and assembly place, now a series of ancient ruins and restored buildings which give a sence of Athenian life in days gone by. Rebuilt in the 5th century BC after being destroyed by the Persians in 480 BC. Athens is the capital and largest city of Greece. It dominates the Attica periphery and is one of the world's oldest cities, as its recorded history spans around 3,400 years. Classical Athens was a powerful city-state. A centre for the arts, learning and philosophy. 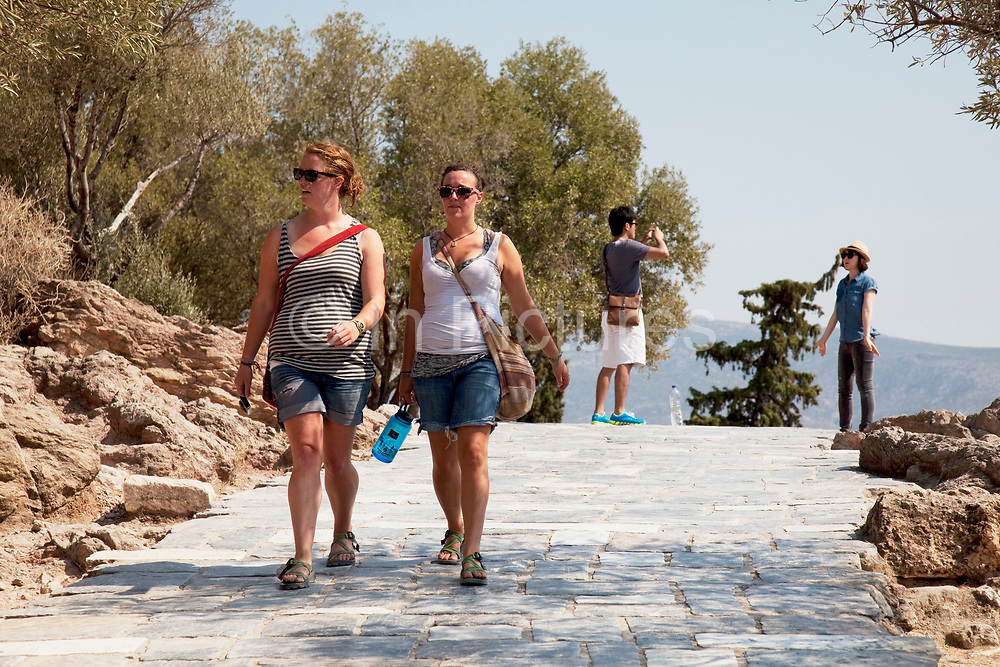