Bystanders watch as protestors display banners and pictures of Chairman Mao while chanting slogans during their march towards the Japanese Consulate in Shanghai, China on 16 September 2012. Torrid protests in several Chinese cities broke out against Japan as it tries to nationalize the disputed Senkaku Islands as it is known in Japan or Diaoyu Island as it is known in China for a second day on Sunday, prompting Japanese Prime Minister Yoshihiko Noda to urge Beijing to protect his country's companies and diplomatic buildings from fresh assaults. 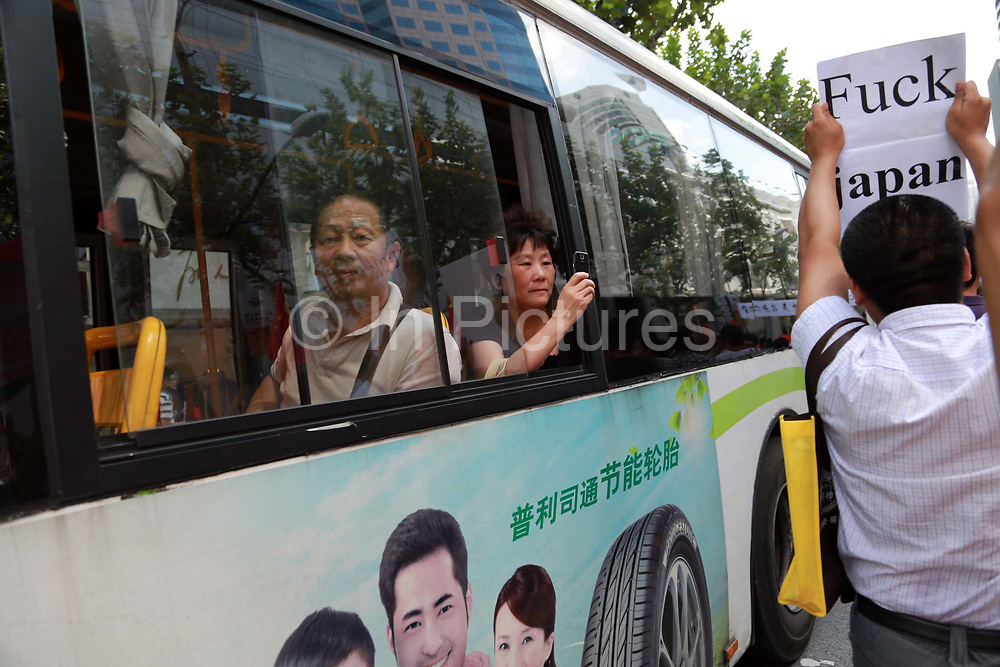