London, UK. Tuesday 7th July 2015. 10th anniversary of the London 7/7 bombings. Flowers are laid in memory of the victims of the terrorist attack in London. Here the memorial on Tavistock Square, where the bus bombing took place. Passers by gather to read the cards in memorial, and others to lay flowers. The 7 July 2005 London bombings (often referred to as 7/7) were a series of coordinated suicide bomb attacks in central London, which targeted civilians using the public transport system during the morning rush hour. 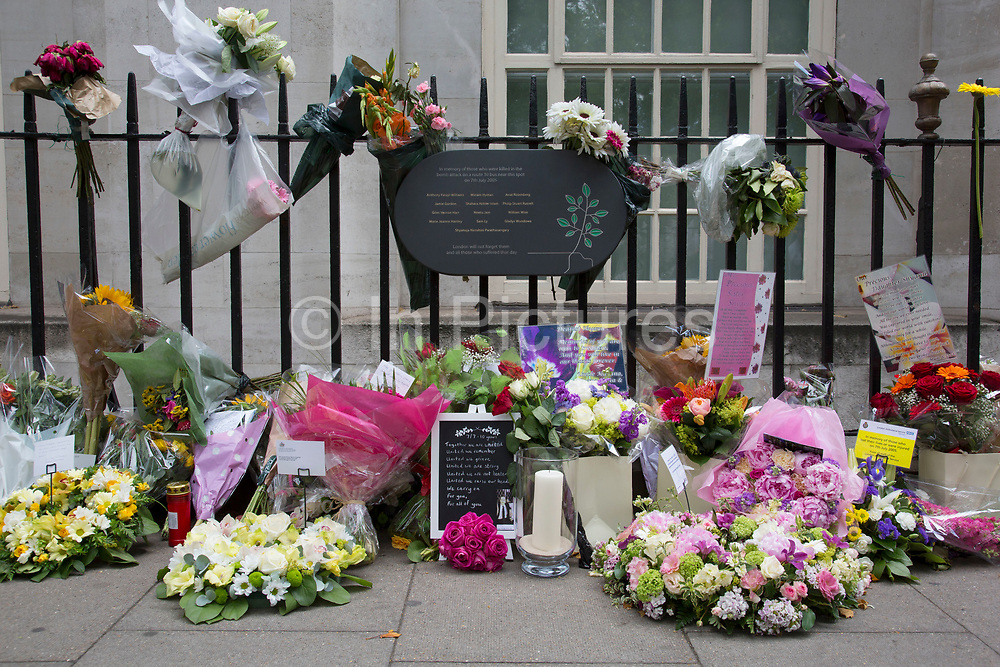