The Eternal Flame Peace Memorial in Sarajevo is a memorial to the military and civilian victims of the Second World War in Sarajevo, Bosnia and Herzegovina. The memorial was dedicated on 6 April 1946, the first anniversary of the liberation of Sarajevo from the four year long occupation by Nazi Germany and the Independent State of Croatia.

The memorial is located in the centre of Sarajevo at the corner the Marshall Tito street and the main Sarajevo pedestrian street, Ferhadija. 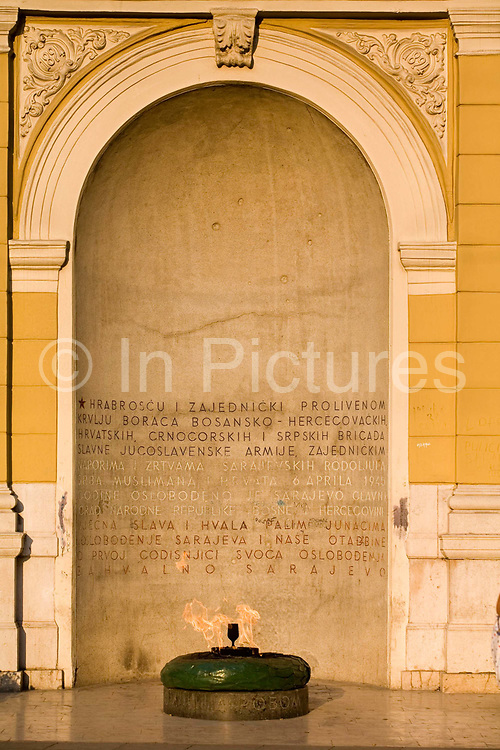