Temple of Olympian Zeus with the areas of Mets and Pangrati behind. The Temple of Olympian Zeus also known as the Olympieion or Columns of the Olympian Zeus, is a colossal ruined temple in the centre of the Greek capital Athens that was dedicated to Zeus, king of the Olympian gods. Construction began in the 6th century BC during the rule of the Athenian tyrants, who envisaged building the greatest temple in the ancient world, but it was not completed until the reign of the Roman Emperor Hadrian in the 2nd century AD some 638 years after the project had begun. During the Roman periods it was renowned as the largest temple in Greece and housed one of the largest cult statues in the ancient world. Athens is the capital and largest city of Greece. It dominates the Attica periphery and is one of the world's oldest cities, as its recorded history spans around 3,400 years. Classical Athens was a powerful city-state. A centre for the arts, learning and philosophy. 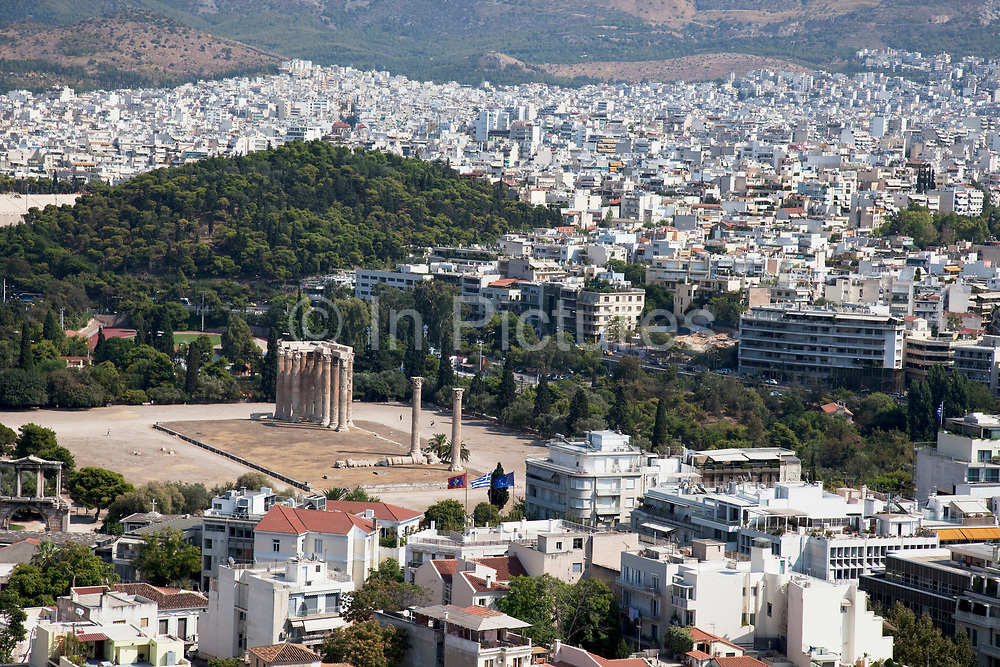