Group of young protesters gather to protest that at 16 years old they were too young to vote in Westminster outside the Houses of Parliamant following a Leave vote, also known as Brexit as the EU Referendum in the UK votes to leave the European Union on June 24th 2016 in London, United Kingdom. Membership of the European Union has been a topic of debate in the UK since the country joined the EEC, or Common Market in 1973. It will be the second time the British electorate has been asked to vote on the issue of Britains membership: the first referendum being held in 1975, when continued membership was approved by 67% of voters. The two sides are the Leave Campaign, commonly referred to as a Brexit, and those of the Remain Campaign who are also known as the In Campaign. 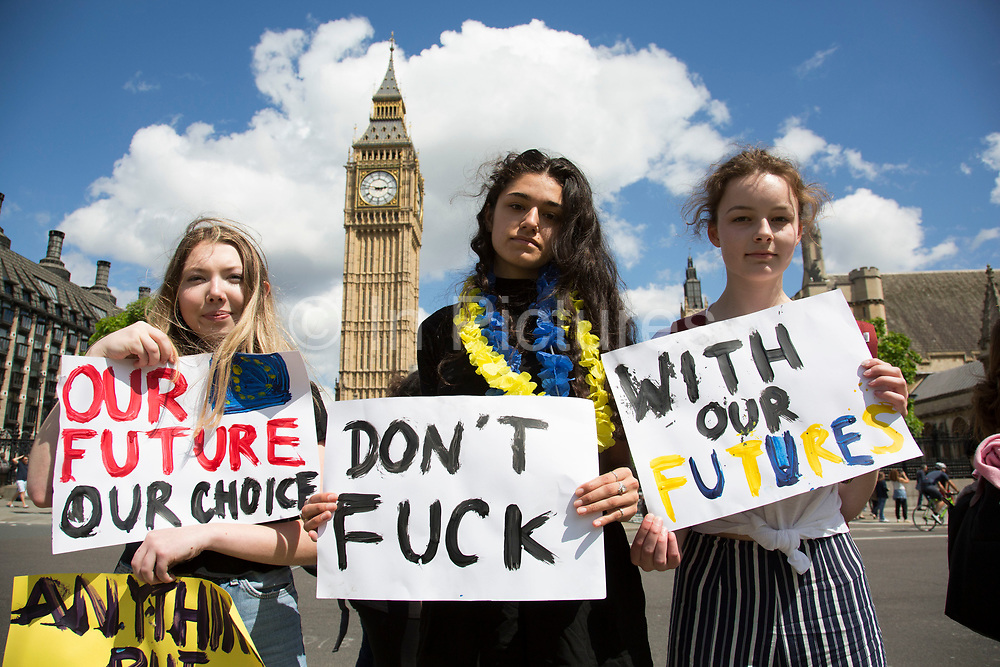