Young protester with a placard that says 'Cuts will kill'. Peaceful demonstration along Piccadilly in central London by protesters during the TUC union march against cuts, Saturday March 26th 2011. Around 400,000 people joined the TUC’s March for the Alternative to oppose the coalition government’s spending cuts. Teachers, nurses, midwives, NHS, council and other public sector workers were joined by students and pensioners to bring the centre of the capital to a standstill and to make their point that the current coalition government is making cuts too fast which they suggest will have a catastrophic effect on jobs and economic recovery. 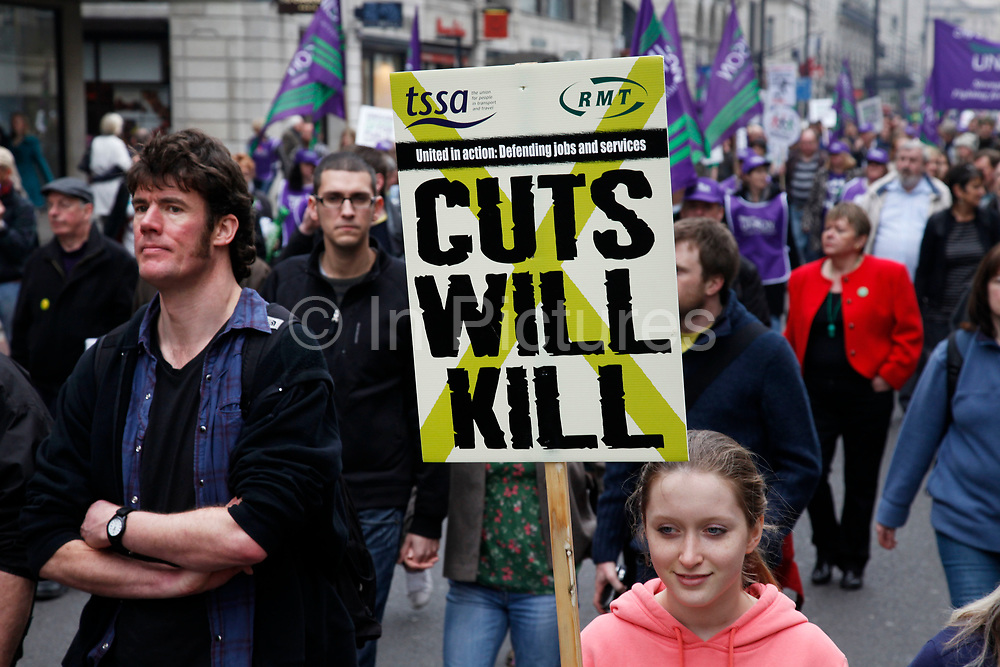