Wearing a long beard of a strict Musilm, Anjem Choudary is a deputy and main UK spokesman of the Islamist group al-Muhajiroun whose leader, Omar Bakri Mohammad is a radical who caused controversy after the London attacks of July 2007, declaring that the only people he blames for the bombings are the government and British public. Choudary, a lawyer by profession, stands outside in the street in Leyton, north-east London England. There are few people in the background but Choudary commands much respect among activists in the UK. He organised and was fined in court for the Danish Embassy rally in February 2006 at which participants called for the massacre of those who insult Islam though Choudary refutes knowledge of who wrote such threats. 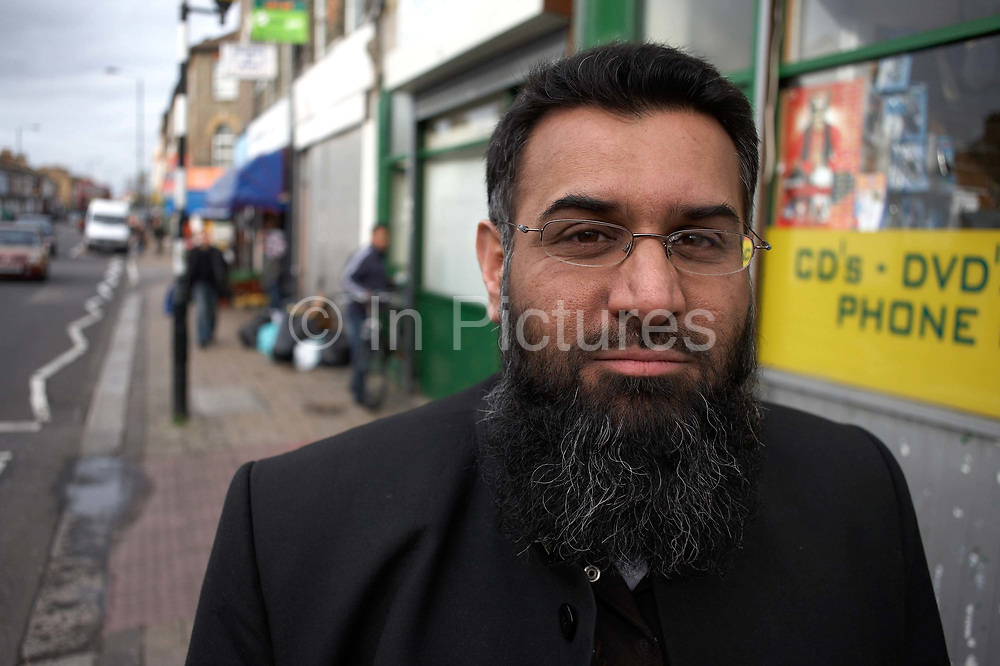