May Day custom of Deptford Jack in the Green, a man encased in a framework entirely covered with greenery, is one of the lesser-known modern revivals by the Blackheath Morris Men of English traditional customs on May 1st 2016 in London, United Kingdom. Working its route along the river, the Jack reaches Greenwich, underneath the masts of the Cutty Sark. Fowlers Troop Jack in the Green was revived in the early 1980s. Originally a revival from about 1906, it developed from the 17th Century custom of milkmaids going out on May Day with the utensils of their trade, decorated with garlands of flowers and piled into a pyramid which they carried on their heads. By the mid eighteenth century other groups, notably chimney sweeps, were moving in on the milkmaids territory as they saw May Day as a good opportunity to collect money, so carried a Jack in the Green. Over the last 25 years several popular festivals have grown up around the Jack in the Green tradition. Deptford Jack in the Green is not very widely known although it has been running since the early 1980s. 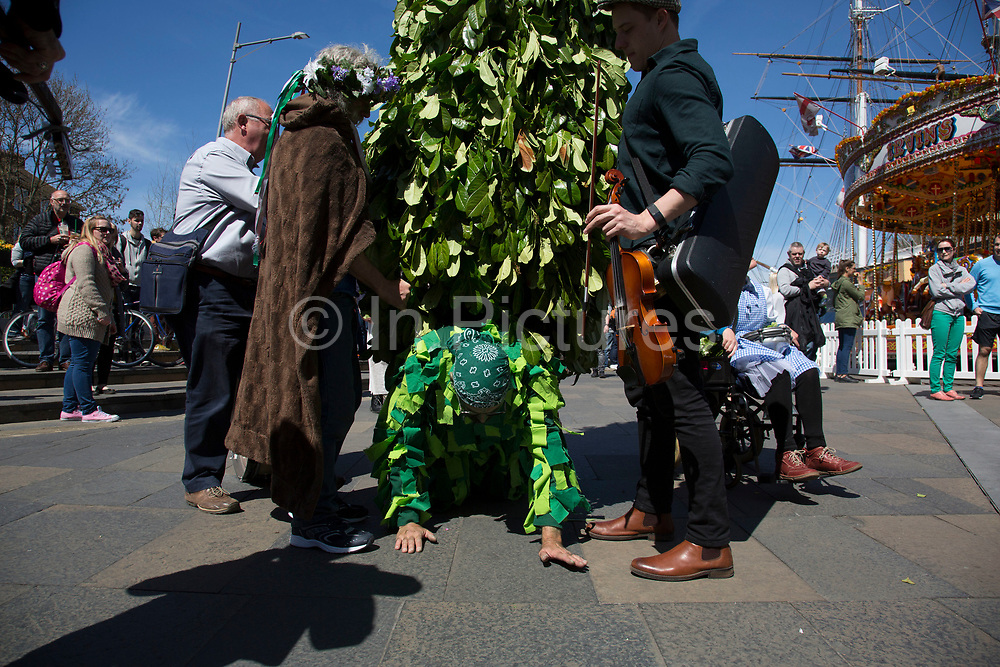