Blue plaque which talks of links to slavery and fossil fuel projects is pasted up outside the Lloyd's of London building on the Walk of Shame disruptive mach through the City of London by environmental group Extinction Rebellion on 4th September 2020 in London, United Kingdom. The walk visited various locations in the financial district, to protest against companies and institutions with historical links to the slave trade, or who finance or insure projects which are seen as ecologically unsound. The message by the group is that ‘apologies and token attempts at diversity are not enough to address this legacy and present reality. Our demand is reparations and reparatory justice for those affected by colonial and neo-colonial exploitation’. Extinction Rebellion is a climate change group started in 2018 and has gained a huge following of people committed to peaceful protests. These protests are highlighting that the government is not doing enough to avoid catastrophic climate change and to demand the government take radical action to save the planet. 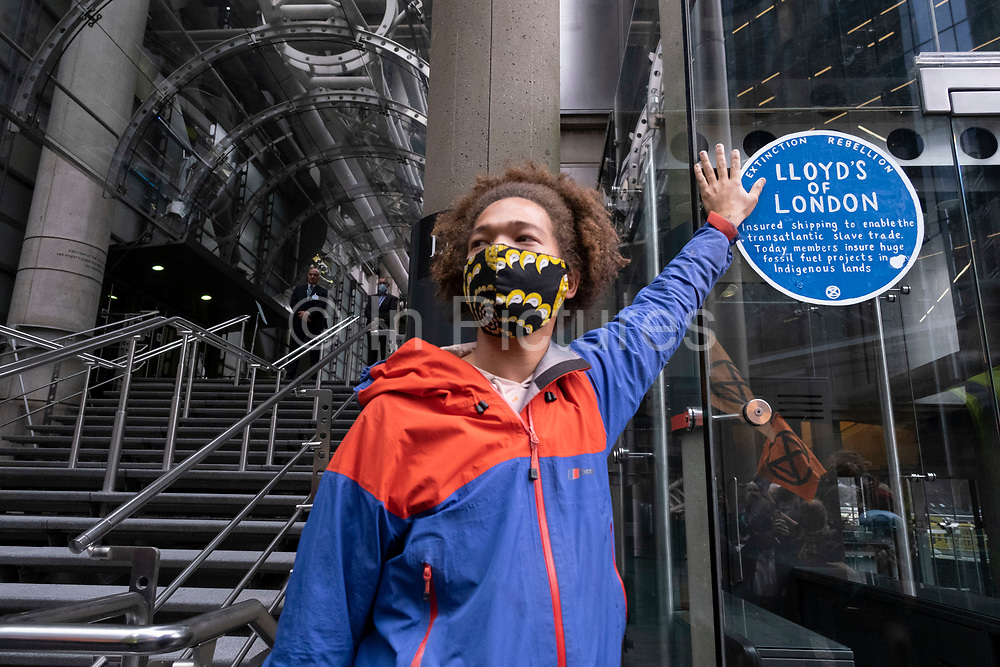