Racist graffiti has been sprayed on a wall on Herne Hill in the south London borough of Southwark. Appearing some time over the weekend, the offensive message was left outside a jazz and funk bar called Dee Dee's in an otherwise very affluent suburb of the capital, making this offence very unusual and shocking many residents. It was initially partly painted over then covered by sheets before council workmen appeared to remove the graffiti within 30mins after it being reported. 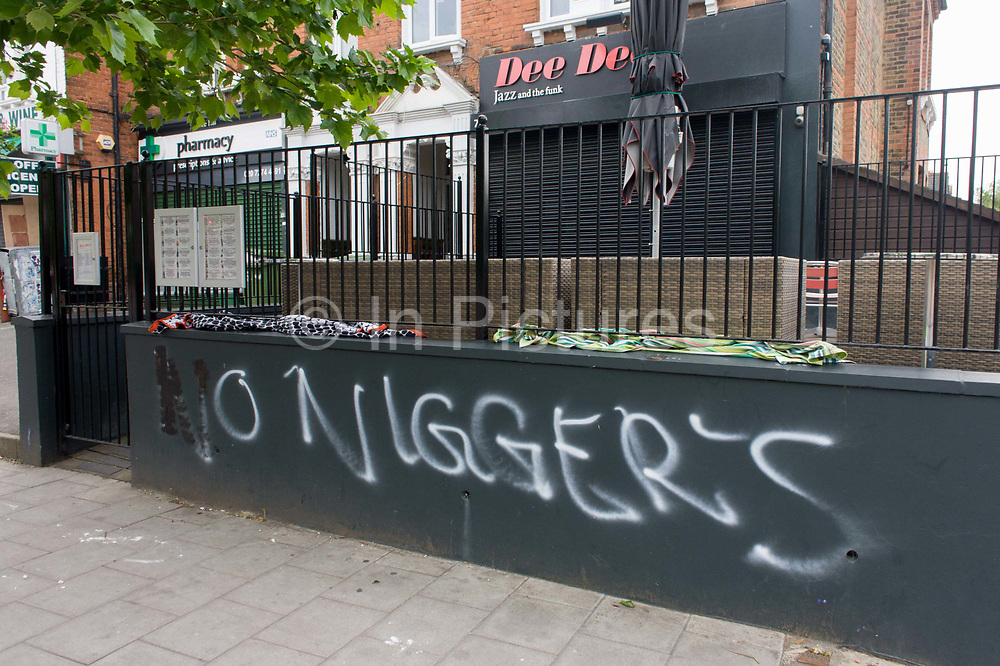