Pearly King of St Pancras with his Pearly taxi cab. Pearly Kings and Queens in London. Seen here in Greenwich, and known as pearlies, they are an organised charitable tradition of working class culture in London, England. Today, around 30 Pearly Families continue the tradition to raise money for various charities. Each London Borough has a King and Queen, as do the City of London and the City of Westminster. It's a colourful London tradition and one that has been kept alive by a few dedicated people, who remain figureheads for the capital's working class communities. 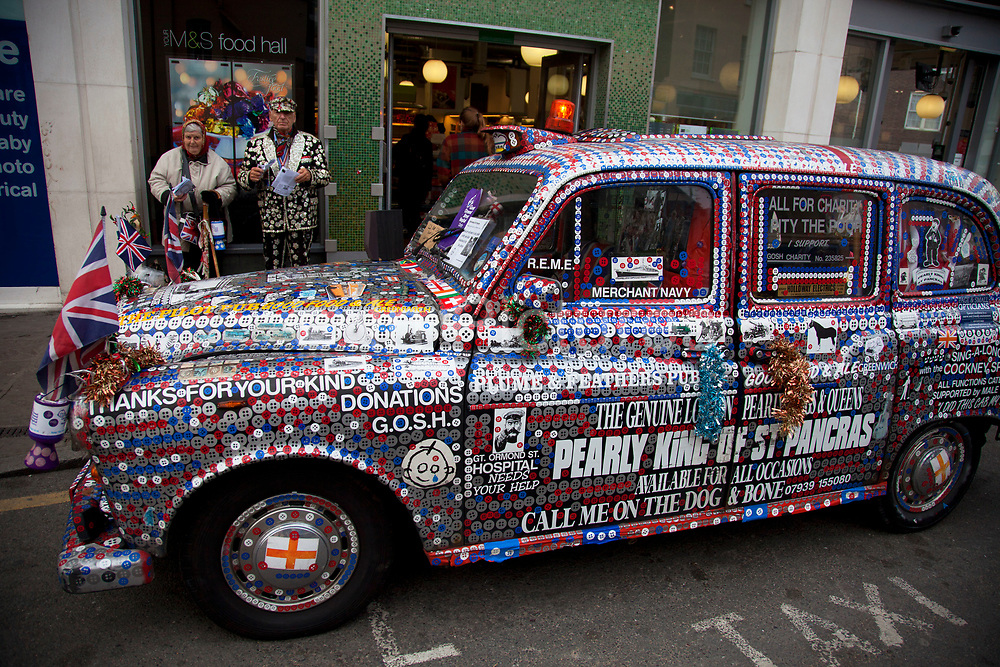