A week after the September 11th attacks in New York and Washington DC, shrines and memorials started appearing in public places at various squares and street locations in Manhattan that commemorated the killed and missing citizens, lost in the ruins of terrorist devastation. Candle-lit vigils like this were maintained for weeks as people came together and shared a common grief, singing and praying and displaying American flags and often denouncing evil in the world. Emotions were running high and many citizens offered spiritual aide such as food and drink. In outpourings of grief, anger and patriotic rhetoric, flags were flown as never before as America sought to express their emotions and unity. 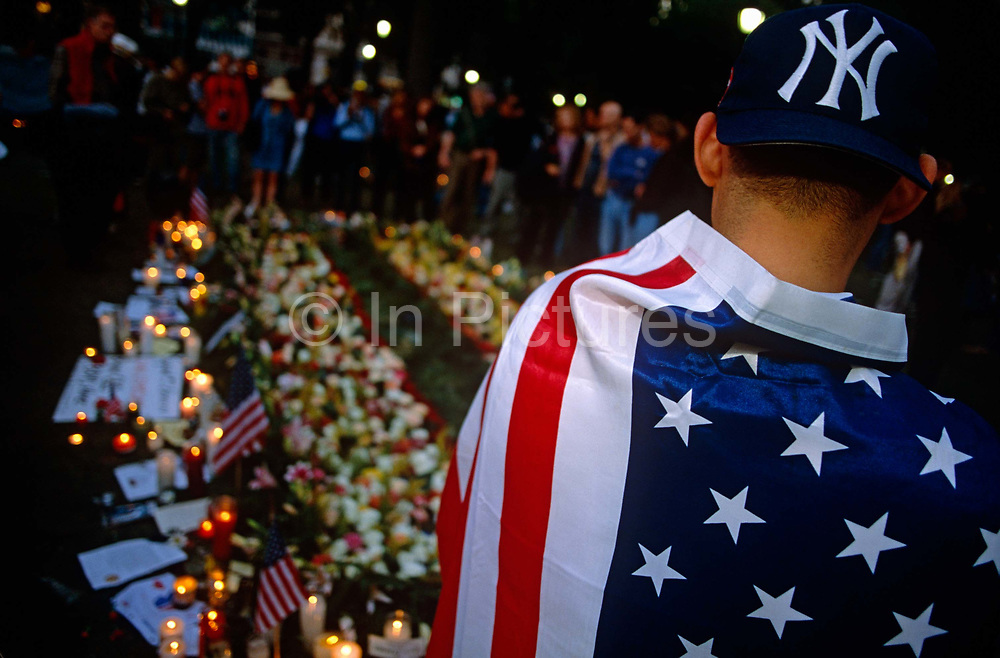