Troopers from the Household Cavalry struggle to fit a bridle on a heavy horse in a City of London courtyard before the annual Lord Mayor's parade through the London streets held every November. The tall horse bucks its head and fights the efforts of the two soldiers and one grimaces in the pressure to get ready for this ceremonial event, as other armed forces representatives march for the benefit of the new Lord Mayor. The British Household Cavalry is made up of two regiments of the British armed forces, the Life Guards and the Blues and Royals (Royal Horse Guards and 1st Dragoons). 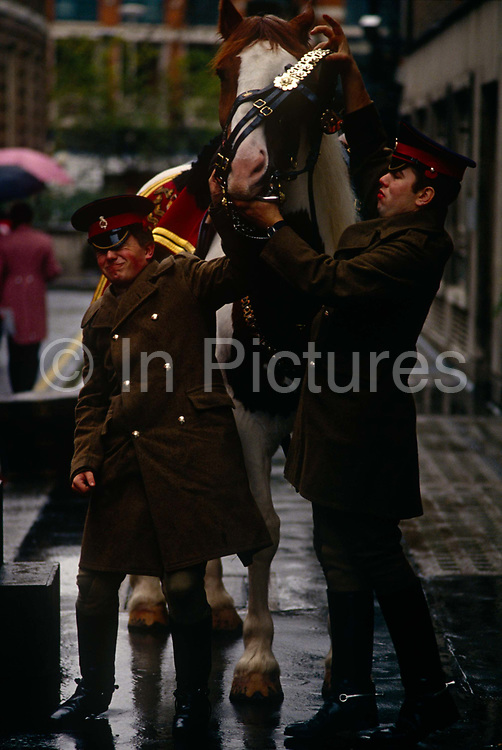