One single soldier of the Argyll and Sutherland Highlanders regiment of the British Army, stifles a yawn, his white gloved hand covering his gaping mouth. They are all in correct position, practising for an official portrait at Redford Barracks, Edinburgh, which will include the her Majesty the Queen the next day. After hours of rehearsal arriving efficiently into position, warm summer fatigue set in. The group of men are laid out in strict military lines, their heads and buttons show clearly and have been selected for even height to allow the picture to be as regimented as possible. 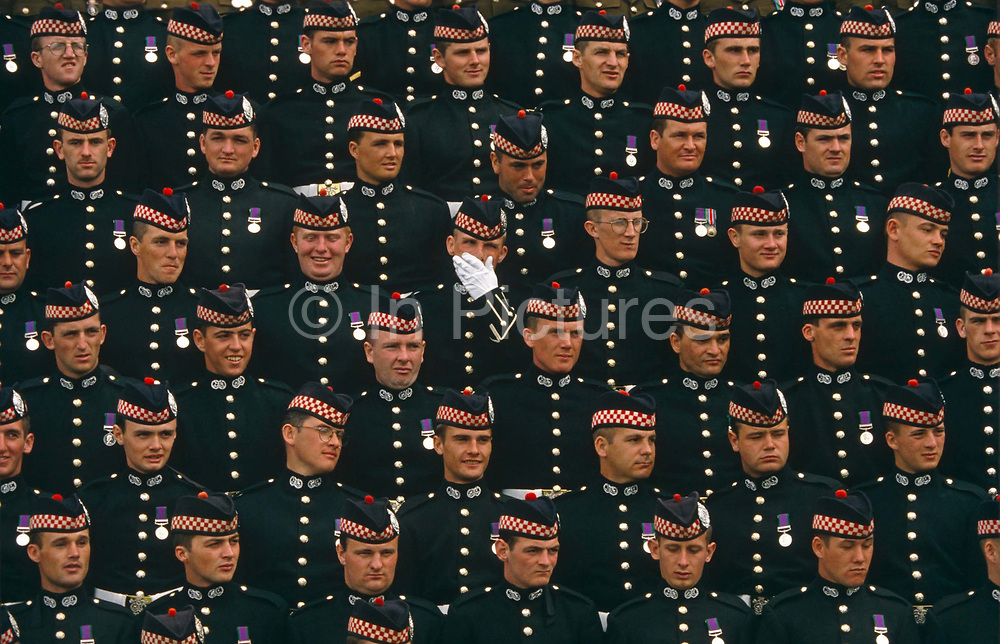