A man wearing a mask featuring an image of General Abdel Fattah el-Sisi and holding a noose stands in front of anti-coup activists with nooses around their necks during a protest opposite Downing Street against political executions in Egypt on the 8th anniversary of the Egyptian military coup against President Mohamed Morsi on 3rd July 2021 in London, United Kingdom. 92 political prisoners have been executed in Egypt since the coup, with death sentences ratified by General Abdel Fattah el-Sisi for a further 64. 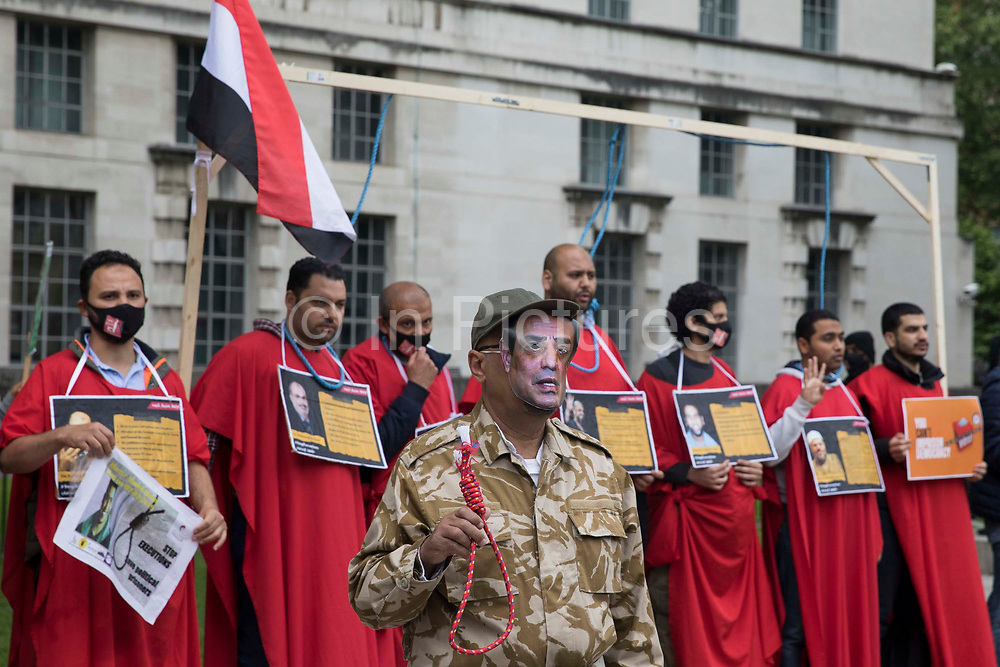