Belgium - Waterloo - Duke of Wellington on the famous battlefield

Standing near Hougemont Farm, Waterloo, Belgium, scene of some of the fiercest fighting on the battlefield on the day in 1815 when French Emperor Napoleon Bonaparte was defeated by the (Iron) Duke of Wellington, we see the current Duke, Brigadier Arthur Valerian Wellesley, 8th Duke of Wellington, KG, LVO, OBE, MC, DL, FKC (born in Rome on 2nd July 1915). He is a British hereditory peer and a retired officer in the British Army. When he succeeded his father as Duke, he was known as Marquess Douro but is now styled His Grace The Duke of Wellington. Making an occasional visit to the battlefields, he stands on a raw winter's day on the very landscape where his ancestor's brave British men fought off a fierce French attack, the Duke gazes out over the rolling hills that proved the undoing of Napoleon and which changed the course of European history. 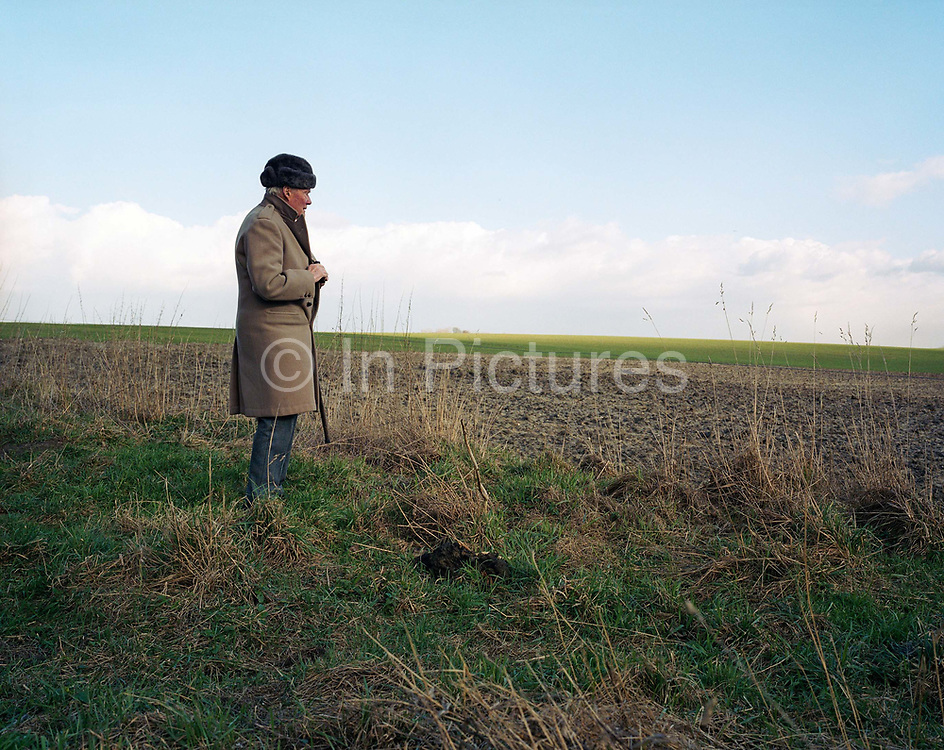