Portugal- Lisbon - Climber on the Henry the Navigator

A man hangs from the hat of Prince Henry, Duke of Viseu, at the Monument of the Discoveries at Belem, Lisbon. The man has found a way to scale part of the 177 foot (54 metre) high celebration to Henry, otherwise known as Henry the Navigator, or Seafarer. The trespasser is dwarfed by the giant, oversized effigies and the man hangs by his fingers and rests his foot on Henry's ship's sail which points out to sea. It is a clear day with blue skies and the slightly yellow stone is side-lit to show each feature of the carvings in fine detail. It is a classic scene of Portguese history depicted during the 1960s fascist Portuguese President Salazar's regime. Henry remains one of ocean-conquering Portugal's most famous of cartographers, whose explorers discovered new routes around Africa and the Atlantic. Although he was called Prince Henry the Navigator by the English, Prince Henry never actually sailed on any of the voyages of discovery he sponsored. Instead, Prince Henry established a school for the study of the arts of navigation, mapmaking, and shipbuilding. This would allow sailors to better guide their ships and to come up with new ship designs. Immediately behind Henry is King Manuel I then poet Luis de Camōes. The eight figures are carved by sculptor Leopoldo Almeida and along with the monument, were commissioned for the 1960 world exhibition to commemorate the 500th anniversary of Henry's death in 1460. 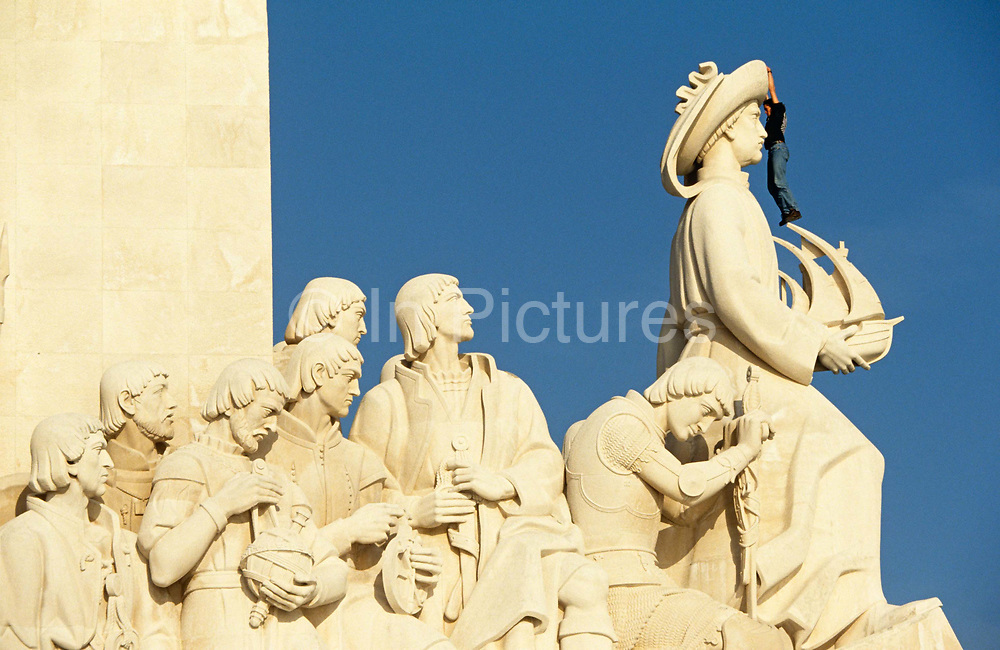