Initially planted by botanist Joseph Hooker in 1843, by the late 1870s Norfolk pines, eucalyptus, bamboo, and banana trees grew in profusion at the highest point, Green Mountain, creating a tropical cloud forest, 27th May 1997, on Ascension, a small area of approximately 88 km² isolated volcanic island in the equatorial waters of the South Atlantic Ocean, roughly midway between the horn of South America and Africa. It is governed as part of the British Overseas Territory of Saint Helena, Ascension and Tristan da Cunha. Organised settlement of Ascension Island began in 1815, when the British garrisoned it as a precaution after imprisoning Napoleon I on Saint Helena. In January 2016 the UK Government announced that an area around Ascension Island was to become a huge marine reserve, to protect its varied and unique ecosystem, including some of the largest marlin in the world, large populations of green turtle, and the islands own species of frigate bird. With an area of 234,291 square kilometres 90,460 sq mi, slightly more than half of the reserve will be closed to fishing. 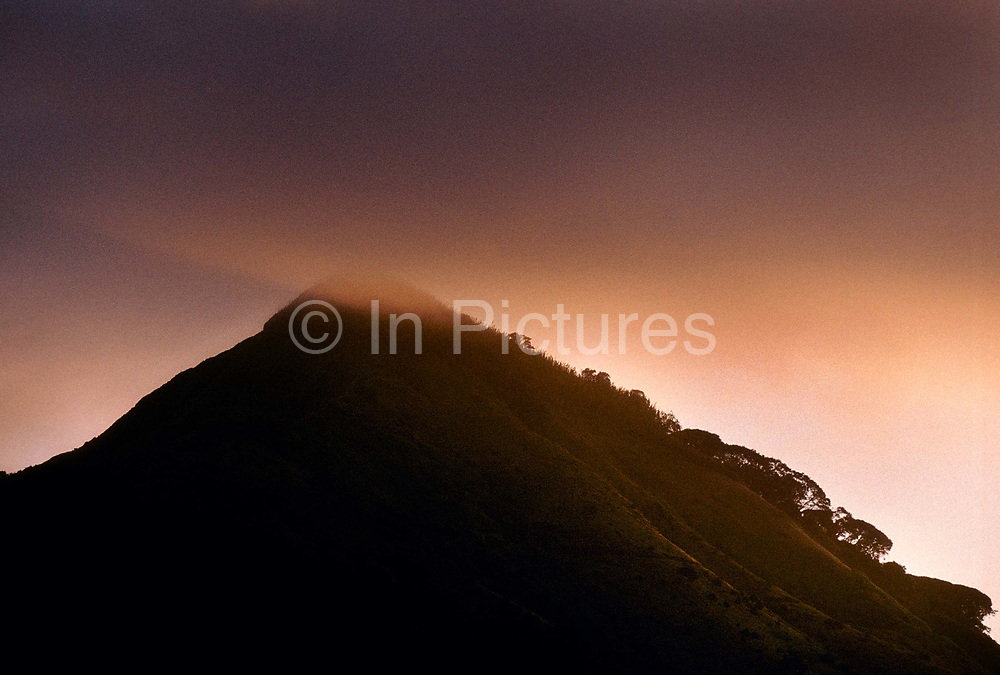