The chef Marco Pierre-White works in the kitchens of the Hyde Park Hotel. Handing a number of carefully loaded plates on to a tray, he makes sure that all is well before allowing the waiter to walk out of the kitchen, into the front of house on the main restaurant floor where diners await. Marco Pierre White (born 11 December 1961) is a British celebrity chef, restaurateur and television personality. He is noted for his contributions to contemporary international cuisine and his exceptional culinary skills. White has been dubbed the first celebrity chef enfant terrible of the UK restaurant scene and the Godfather of modern cooking. White was, at the time, the youngest chef ever to have been awarded three Michelin stars. 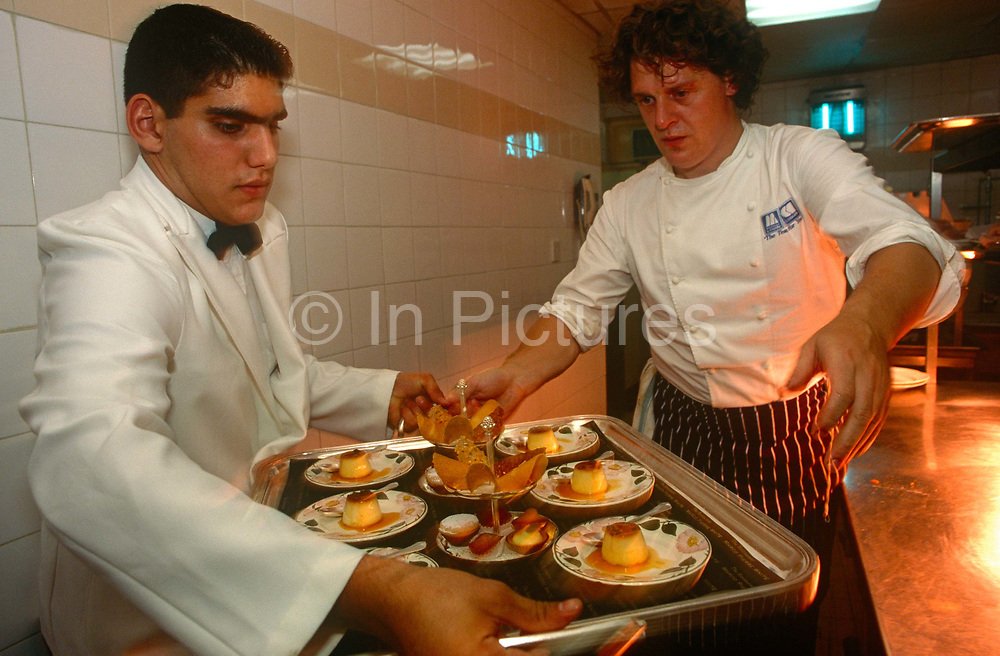