Masked protesters of western leaders Ronald Reagan and Margaret Thatcher kiss at a 1986 demonstration by the Campaign for Nuclear Disarmament (CND) against the hosting by the UK of US nuclear cruise missiles on British soil. Amid a chaotic scene of protest and intimidating police presence, the two unidentified people touch lips outside the US embassy (background) in London’s Grosvenor Square. In the Cold War era, both world leaders Reagan and Thatcher symbolised the special relationship between the US and the UK, who shared a common ideology for conquering the threats of Communist domination. Their answer was for the proliferation of atomic arsenals in order to maintain world stability and public protest was ever-present outside US interests and especially at the many RAF air bases that were leased to the US Air Force from where bombers flew. 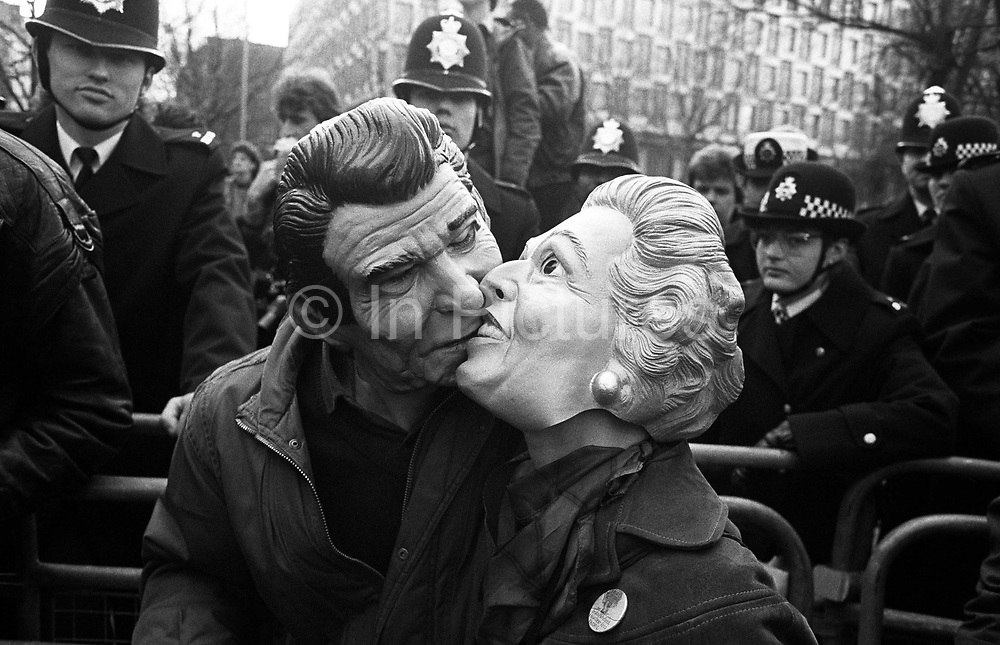