At dawn, a week after the September 11th attacks in New York and in Washington DC, we see the haunted figures of war veterans looking up at the names of dead comrades of the Vietnam Veterans Memorial in Constitution Gardens, Washington DC where 58,195 names of casualties are recorded on its polished wall. In the foreground are some of those mens' identities whose average age was 19 in the sixties and seventies. A hazy sun rises over the point of the Washington Memorial at a time when the nation was mourning those killed in the New York and Washington attacks, when the military was about to mobilise once again with many American lives lost. The Vietnam war however, remains a low-point in the nation's history and the old men who survived return to trace their buddies which helps them deal with the traumatic loss of their friends and their own youth. 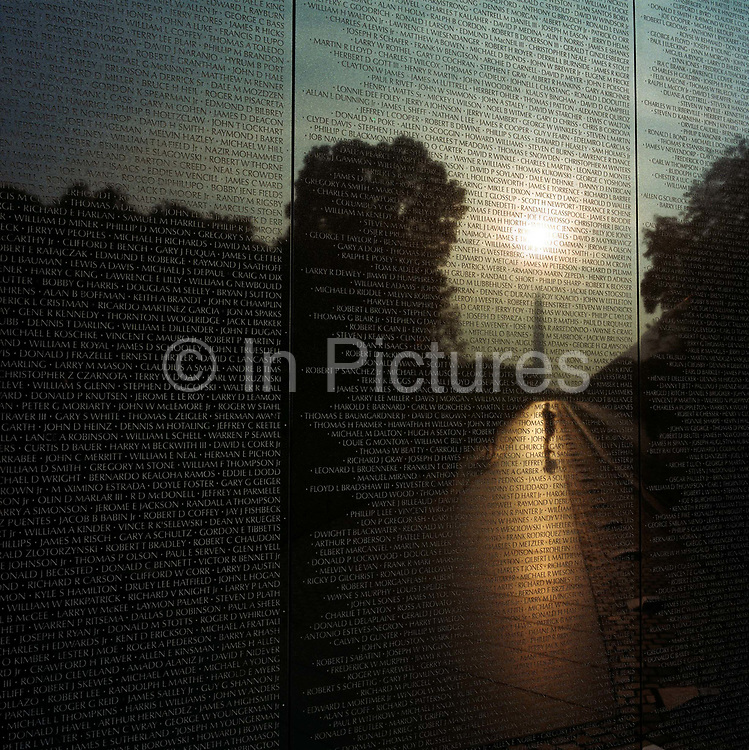