Veteran and former soldiers of the Parachute regiment parade through the streets of Westminster during the annual Armistice Day. It is 11th November, the day that armistice was signed to end the first world war and veterans from all over the country gather in their former ranks, parading though London's political district near Parliament with their old comrades in rank, as they would have in their glory days. They are the dying survivors of the era of 20th century warfare. 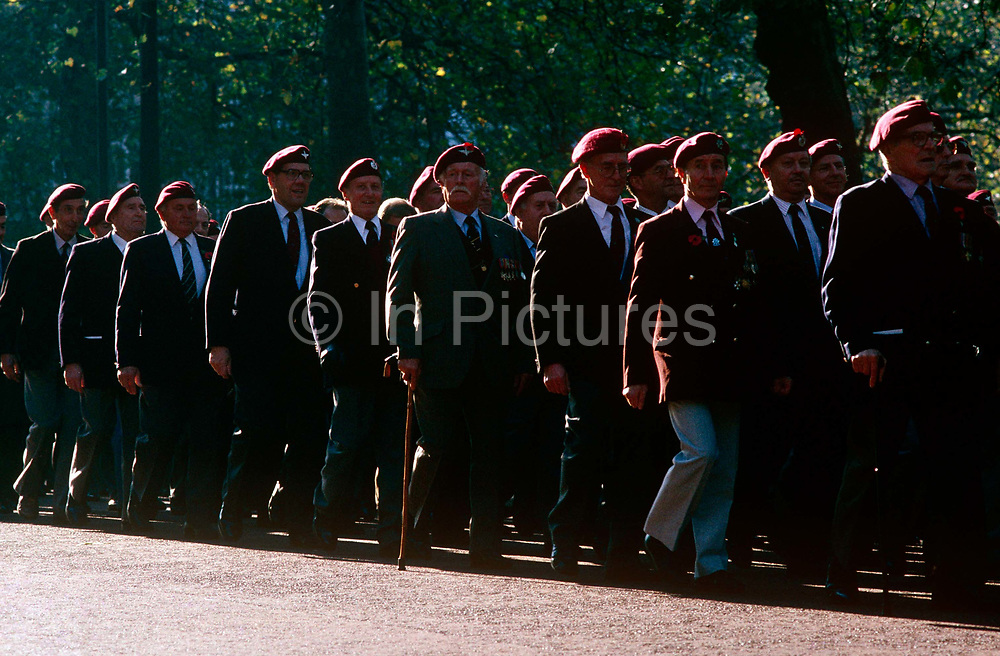