As families queue in the grounds of the Naval College, Greenwich, children play beneath a giant inflatable figure of a Royal Navy sailor. During a public open-day in Greenwich, London when the Royal Navy's aircraft carrier HMS Illustrious docked on the river Thames, allowing the tax-paying public to tour its decks before its decommisioning. Navy personnel helped with the PR event over the May weekend, historically the home of Britain's naval fleet. 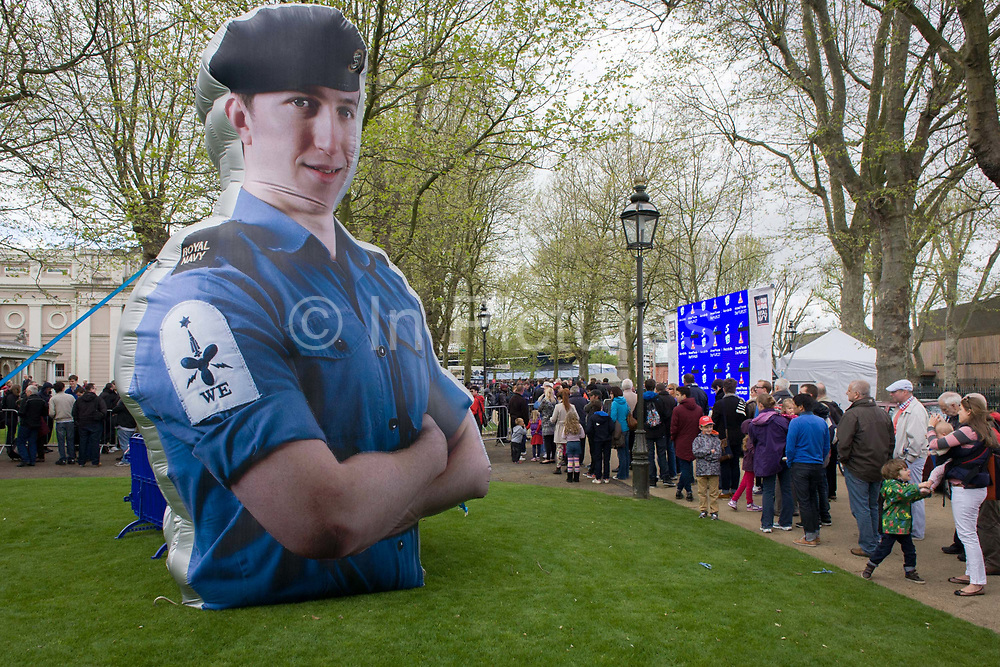