A lone businessman walks along the River Thames beneath the prestigious address of number 1 London Bridge, an office block situated on the far southern side of London's ancient Bridge. Late afternoon light shines on the corner pillar that bears the name of the building and that of the architect John S Bonnington Partnership, the building's designers. The sun also illuminates the head and shoulders of the middle-aged man who wears a dark suit and walks with hands in pockets. The rest of his body remains in shadow as do the steps he is about to climb up to bridge and pavement (sidewalk) level. Behind him the waves of the River Thames ripple and a vista of the northern bank and the ancient City of London London's oldest and richest autonomous region) can be seen in the distance. The original Roman and medieval bridges would have been near this point. 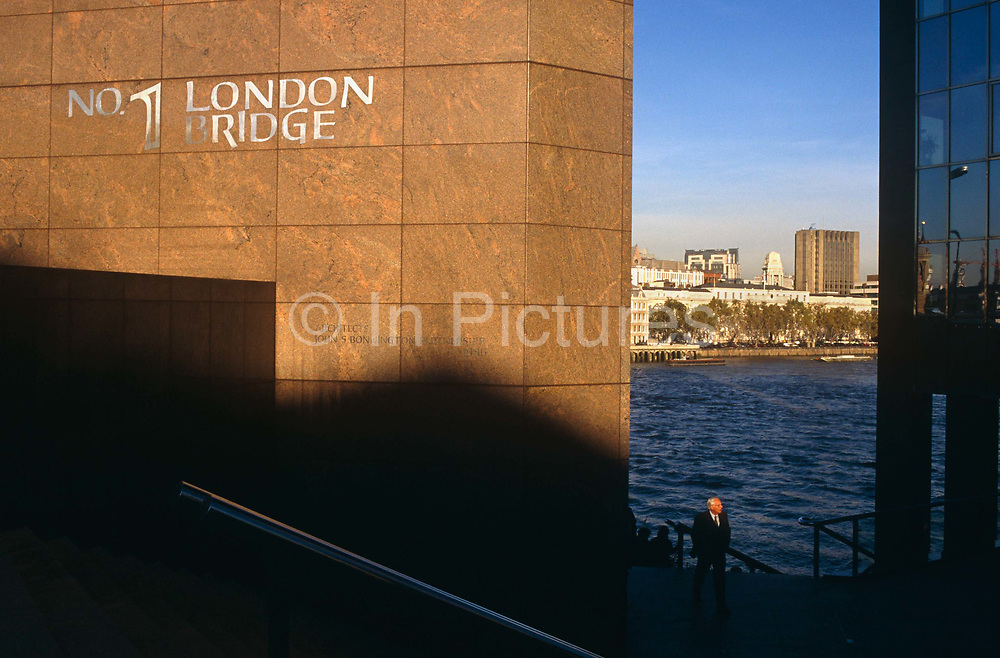