An out of focus post with a light bulb attached, shines in the bright daylight with the Atlantic Ocean beyond. Cocoa beach is on Florida's so-called Space Coast, a resort of beaches, clubs, seafood restaurants and motels that came to life during the 1960s due to America's space program. NASA's John F. Kennedy Space Center is located approximately 15 miles away. The Atlantic Ocean is flat calm in settled weather and the horizon is clear and well-defined with a ship just visible on the right side. Focus is on the sea rather than the post and the light bulb which look like a surreal addition to the landscape. Cocoa Beach served as a playground for many of the astronauts and NASA space industry workers and contractors during the heyday of the space race. After manned space flights, the town held astronaut parades. Before there was a "Silicon Valley," Cocoa Beach and other surrounding towns were full of the best and brightest technical minds around. 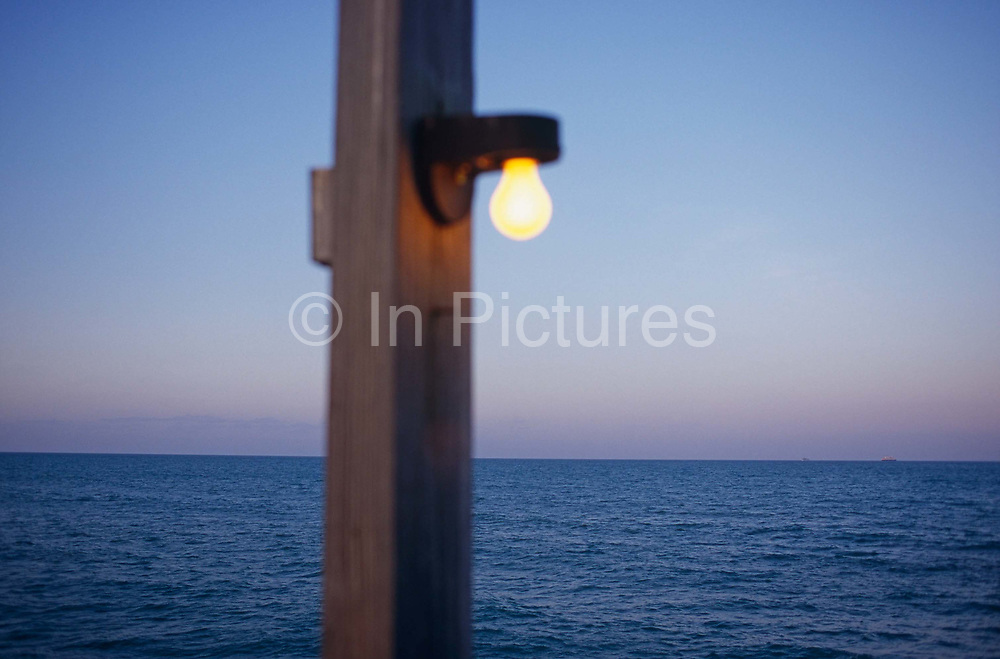