Red circular sign telling shoppers that supermarket is open 24 hours a day and night. Looking up from below from the retail car park, we see the round sign in late afternoon winter sunlight. The warehouse walls rise up in a powerful and influential angle and show the large numbers saying 24 and in letter the word hours in lower-case. The Sunday Trading Act 1994 is an Act of Parliament in the United Kingdom governing the right of shops in England and Wales to trade on a Sunday. Buying and selling on Sunday had previously been illegal, with exceptions, under the Shops Act 1950. Large retail park shops usually open 11am-5pm, with supermarkets more usually choosing 10am-4pm. 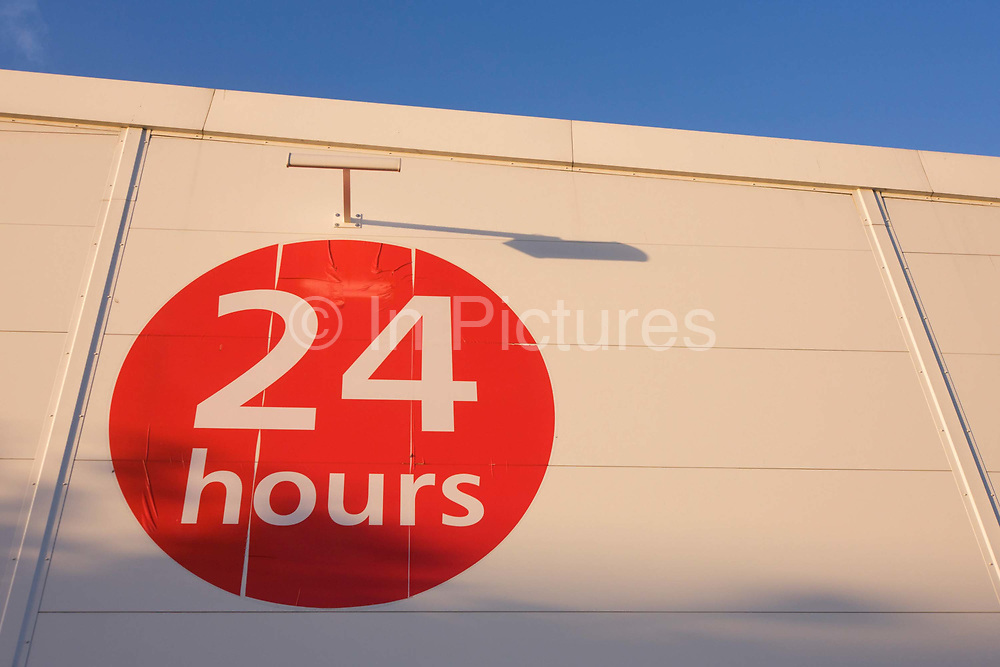