The field of stelae of the outdoor Holocaust Memorial, a reminder of Jewish persecution and anti-Semitism in Europe during the second world war. U.S. architect Peter Eisenman's controversial design was chosen as a fitting tribute to the Jews that died before and during World War II as part of Hitler's plan to exterminate them. Eisenman's design is quite unique and has drawn both praise and criticism. Occupying about 205,000 square feet (19,000 square meters) of space near the Brandenburg Gate and just a short distance from where the ruins of Hitler's bunker is buried, the Berlin Holocaust Memorial is made up of 2,711 gray stone slabs that bear no markings, such as names or dates. It is estimated that the Nazis used these camps to kill an estimated 11 million people. 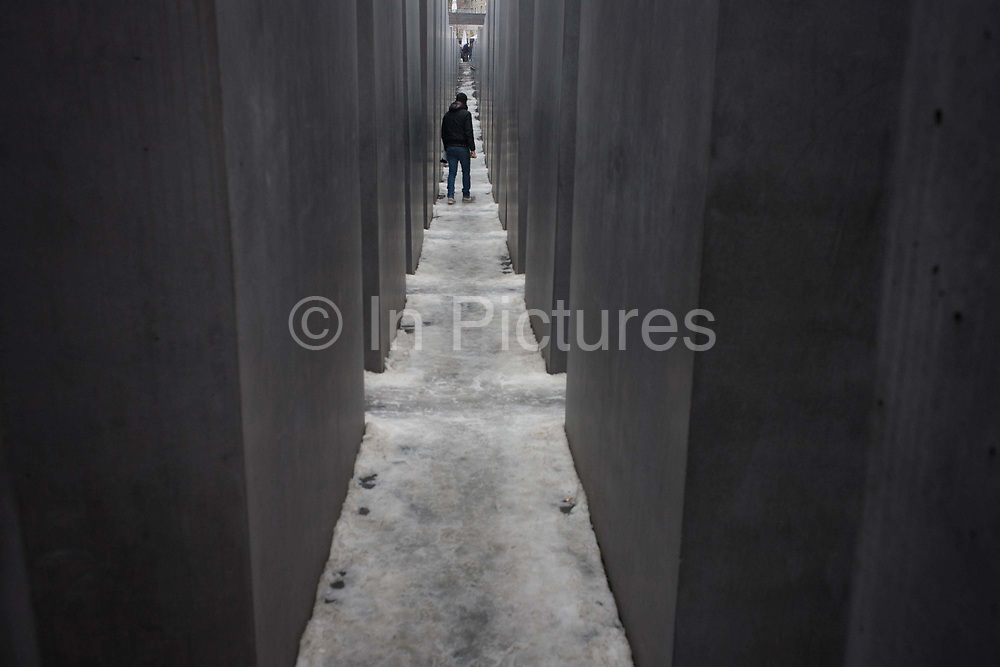